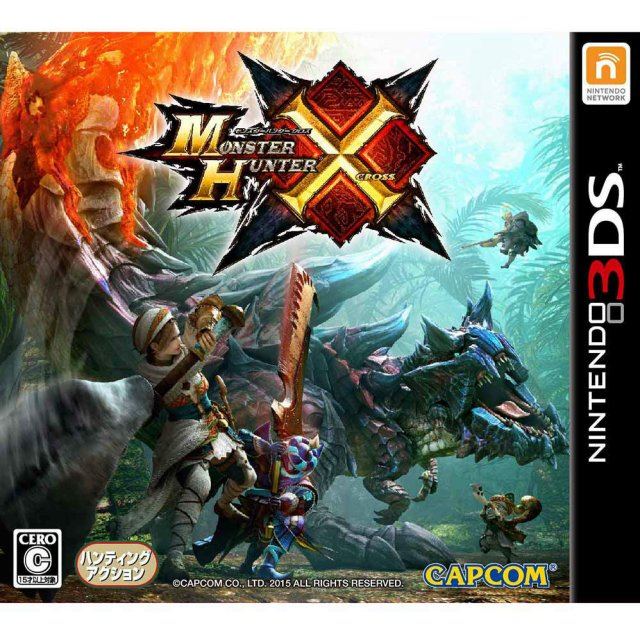 Capcom
Rated
By Our Customers
Compatible with Nintendo 3DS™ (3DS)
For JPN/Asian systems only.

Scheduled for a Japanese release this winter for the 3DS, Monster Hunter X will bring new additions to every aspect of the series: monsters, moves, and areas. As well, each weapon will also have new super actions! Built from the same engine as Monster Hunter 4 Ultimate, players can also expect to see the return of monster mounting, and vertical travesal.

Capcom has also made a focus on player accessibility, as eatch weapon now has 4 styles of play, so that gamers can find which fits; depending on the style, the moveset will change, in addition to exclusive moves for each class of hunter.
As well, by taking a cue from what seems to be influenced by the Monster Hunter Frontier MMORPG subseries, there will also be a combination of assets from previous titles, and include monsters and viilages of previous Monster Hunter games, like Monster Hunter 2's Pokke Village

Finally, if players have save data from upcoming remake Poku Poka Airou Village DX (Release Sept. 10, 2015), then there will be a special bonus seen in the game.

Pre-orders will open soon, and we'll have more updates as they roll out. In the meantime, check out the trailer! It's definitely a beast! (And that sheep at the end... awesome~)

If you are familiar with Monster Hunter X, why not let others know?