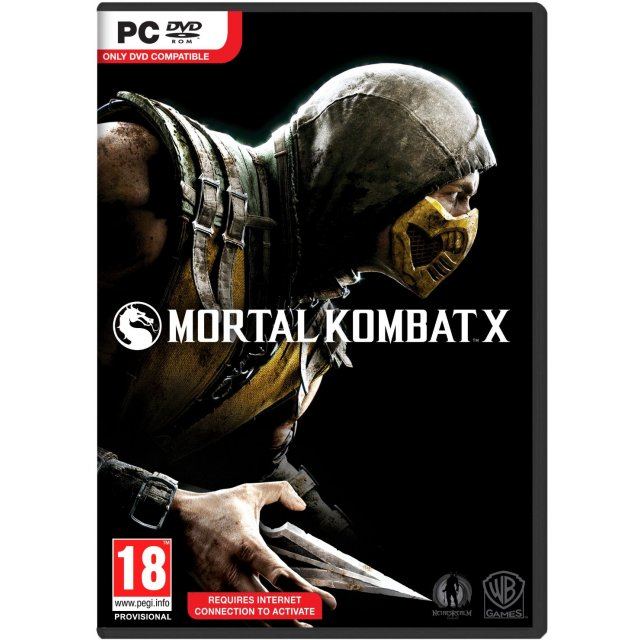 sold Out of print / Out of stock.
Manufacturer
2K Games
Compatible With Windows™ (PC)
Version

The series known for its unadulterated carnage and liberal use of the letter 'K' is making a return to our home consoles! Mortal Kombat is back with incredible visuals and fresh gameplay changes.

Many of the fan favorite characters and series staples will be joining the fight (Sub-Zero, Raiden, Kano, etc.) as well as returning characters like Scorpion, Reptile, Ermac, and Quan Chi.

For the first time in the series Mortal Kombat X will give players the ability to choose from multiple variations of each character that will impact both their strategy and fighting style. Using Kano as an example: he will have three variations Cutthroat (enhanced attacks), Cybernetic (stronger long range), and Commando (enhanced grappling moves).
The desire of the development team to have players take part in the evolution of the world marks another addition to the franchise, and the first thing you'll be doing when you get the game - joining Factions. Players can choose from one of the five following Factions: "Black Dragon," "The Brotherhood of Shadows," "Lin Kuei," "Special Forces," and "White Lotus."

A weekly war will take place between the Factions, and at the end of every week a winner will be determined. Players can rank up within their chosen Faction and unlock custom rewards that are specific to each unique Faction. Nearly everything you do in the game will contribute in some way to your Faction. Once a week, for 24 hours only, the whole faction system will be invaded by one of the more powerful realms (Nether realm, Chaos Realm, etc.)

Mortal Kombat X will reportedly feature a well developed story mode that spans 25 years as well as 1v1 Ranked, King of the Hill, Survivor mode, and more. The fully online gameplay experience will launch players into a continuous online tournament where every fight matters in the global battle for supremacy...

No reviews for Mortal Kombat X (DVD-ROM) yet.