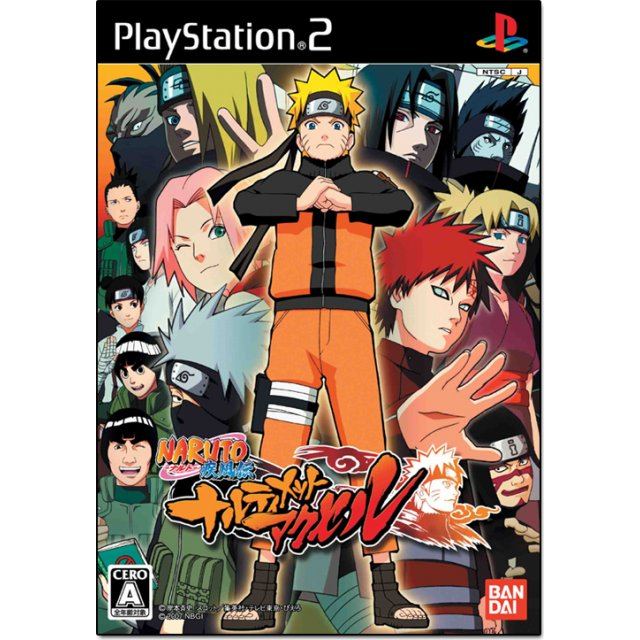 Click on a thumbnail to see more pictures for Naruto Shippuuden: Narutimate Accel

Naruto Shippuuden: Narutimate Accel is a Japanese fighting game for the Playstation 2 based on the anime and manga series Naruto by Masashi Kishimoto. It is the fourth title in the Narutimate (Ultimate Ninja) series and the first Naruto game based on the Naruto Shippuuden anime series, which is based on the second part of the manga.Like previous installments of the Narultimate series you're going to get to explore Konoha village. This time you are looking at the post time skip, Shippuuden world with a grown up Naruto. Exploration hasn't been a major focus of the Narultimate Hero series, but CyberConnect2 has always woven it in somehow. The core game is still a 2D fighter and includes the four main characters Naruto, Sakura, Kakashi and Deidara.ナルティシリーズ最新作は成長したナルト達の物語は新章「疾風伝」！「ＮＡＲＵＴＯ-ナルト-」の魅力完全網羅！まさしくこれぞ決定版!!より洗礼されたアクション!!マスターモードで疾風伝の追体験が可能。更に疾風伝以前の物語も追体験できるぞ!!

If you are familiar with Naruto Shippuuden: Narutimate Accel, why not let others know?