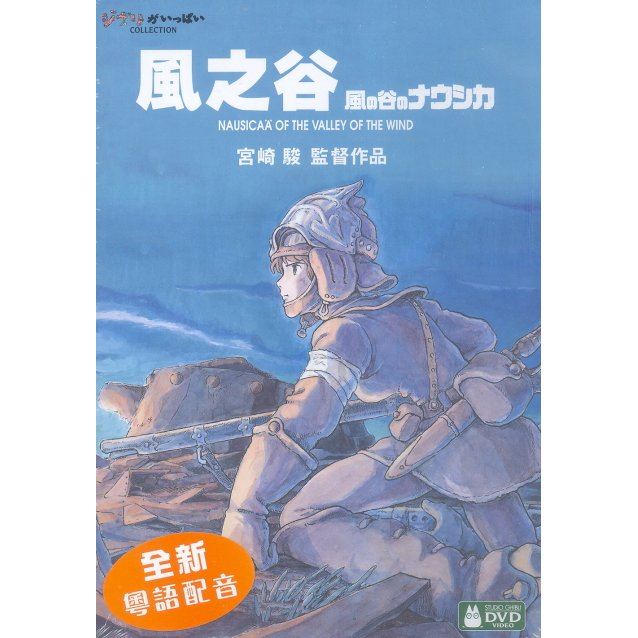 1w Expected stock arrival within 1 week.
US$19.99
Please take note that, once purchased, this item must be paid immediately and cannot be cancelled or returned.
Manufacturer
Intercontinental Video Limited
Rated By Our Customers
Version

Destroyed by Seven Days Of Fire, the barren Earth became home to giant insects and enormous poisonous fungi. The planet was dominated by the toxic Sea Of Corruption and the small warning kingdoms, scattered at the edges, seek to annihilate each other. The Valley Of The Wind, a kingdom of barely 500 people who lead frugal but happy lives, is protected against the poisons of the Sea by ocean breezes. However, the peace of the Valley Of The Wind is threatened by a battle for dominance over the Earth. The daughter of their ruler, Nausicaa, who can communicate with Ohm, the huge insects guarding the toxic wastelands, must race against time to stop the two sides from using the weapons of mass destruction...地球遭受嚴重破壞之後，大部份地方被大蝗蟲和巨型毒海草佔據，處處面臨死海及邊緣的各個城邦，為求稱霸戰爭不斷。僅餘"風之谷"一地受到海風庇護，人民過著簡樸美滿的生活。但受到外圍戰事波及，風之谷亦難幸免。城主之女娜烏西卡在此危急之際，憑獨有能感應大蝗蟲的能力，爭分奪秒以阻止兩大勢力用滅絕武器互相廝殺...究竟人類滅絕危機最終能否平息呢?

If you are familiar with Nausicaa Of The Valley Of The Wind, why not let others know?

[This review is based on another version of this product]
joshuas10 (1) on 15, Jun. 2013 14:18 (HKT)
Wow... What a film.
I just got the Blu-ray in of Only Yesterday (Hong Kong) and boy oh boy what a film. I'm not going to go into extensive details about the film, because I'm not that much of a wordsmith and wouldn't be able to convey the emotional impact of this movie as well as others have. If you are looking at the film because you are searching for every Studio Ghibli movie to watch, well it's vastly different than any of their other films. This movie isn't really for kids. Not because of outragoues content, but because of the mature, slow, thought-provoking nature of the subject matter. So just don't go in expecting a fantastical adventure. But by all means check this film out.