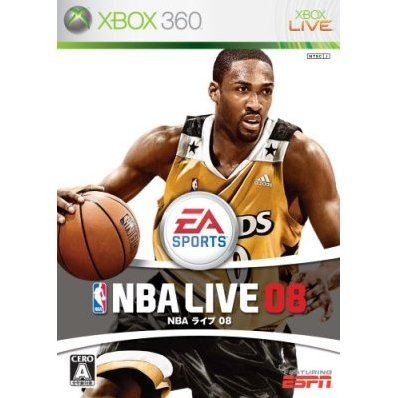 When the game is on the line and the ball is in your hands, what will you do? Will you penetrate, drive the lane and rise above the rim for a monster dunk, or find an opening on the perimeter and sink a game-winning three? Take control of the game with a full arsenal to win the one-on-one match-up from every spot on the floor with NBA LIVE 08.

Providing an unrivaled level of authenticity to the sport, NBA LIVE 08 introduces hot spots, where real NBA shot data is used to illuminate the locations on the floor where your players are most effective. Couple this with all-new signature go-to Moves that capture the essence of the NBA's best, and you can now play the game on a console like you see it from the stands.

Pass the ball inside and rule down low with 'own the paint' post play. String together combos of fakes and shots to fool your defender into committing and create space for the game-defining bucket.

On the perimeter, in the paint, and with unparalleled depth, dominate with your go-to move with NBA LIVE 08.

If you are familiar with NBA Live 08, why not let others know?

[This review is based on another version of this product]
tdobson (1) on 06, Mar. 2008 19:18 (HKT)
Rubbish
I've had the game for a week now and have played it several times, setup a Dynasty and created a player. I really struggled my first few games to penetrate the defense inside and when I did manage to get to the basket my shots would invariably rim out, I'd say around 1 in every 10 shots would drop compared to the CPU who manages around 9 in 10. I tweaked the player settings all the way to 99 and guess what, still can't get an inside shot to drop, penetrate the defense and all on the starter level! I'm used to playing Superstar! Apart from being impossible to hit inside shots, dunks are few and far between, passes rarely go to the player you intended, I've had my player names disappear mid game so I don't know who I'm controlling and worst of all the loading times are LONG! I've waited up to four minutes for a game to start. The graphics aren't that much of a leap from 06,in fact they might even be a tad worse. Try 2k8 instead.
[This review is based on another version of this product]
dommo_92 (11) on 10, Oct. 2007 21:57 (HKT)
Great Basketball Sim
This is so much better than 2k8! Get this game! Graphics are gorgeous and it plays geat!