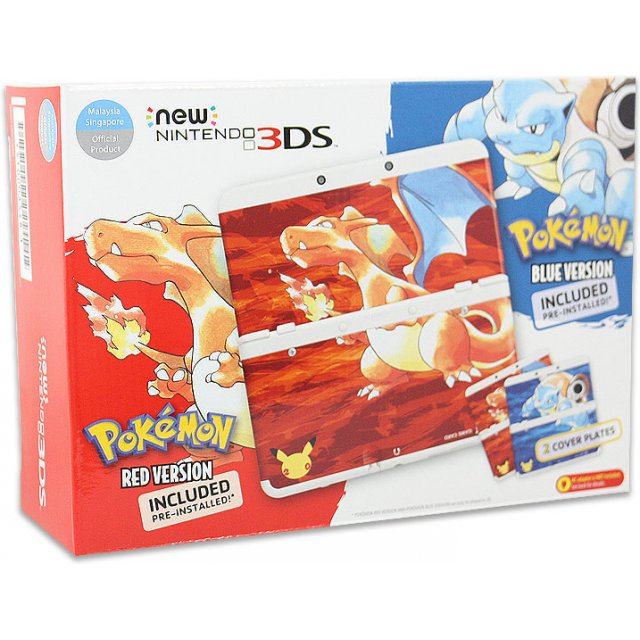 The New Nintendo 3DS features a better CPU than previous models allowing for faster eShop browsing and downloading. It comes with a built-in NFC on the bottom touchscreen for the amiibo NFC models, while sliding custom covers come with the device, allowing owners to customize the hardware.

The device is based on a custom Pica200 graphics processor from a Japanese start-up Digital Media Professionals (DMP). It has two screens; the top screen is a 3.88 in 5:3 3D screen with a resolution of 800x240 pixels (400x240 pixels per eye, WQVGA) that is able to produce a stereoscopic three-dimensional effect without 3D glasses, while the bottom screen is a 3.33 in 4:3 non-3D touch panel with a resolution of 320x240 pixels (QVGA). The 3DS weighs approximately 8 oz. and, when closed, is 5.3 inches wide, 2.9 inches long, and 0.8 inches tall. The system features several additions to the design of the original DS, including a slider on the side of the device that adjusts the intensity of the 3D effect, a round nub analog input called the "Slide Pad", an accelerometer, and a gyroscope. In addition, there is an infra-red communicator port situated on the top of the unit. The 3DS has two cameras on the outside of the device, capable of taking 3D photos and capturing 3D video, as well as a camera positioned above the top screen that faces the player; both cameras have a resolution of 640x480 pixels (0.3 Megapixel). The system also has 3D movie playback capability. Compatible with both Nintendo DS and DSi games, and a new generation of 3DS games.

If you are familiar with New Nintendo 3DS Pokemon 20th Anniversary Edition (Asia Packaging), why not let others know?

tharning (1) on 07, Aug. 2016 22:28 (HKT)
Awesome
In my opinion, this is definitely worth the price for what you get, especially if you don't want an XL. The two cover plates that come with it are awesome and obviously if you want the games this comes with them. Play-Asia sent it much quicker than I expected and it was packaged very well.
mr.kimura.akira (1) on 14, Jul. 2016 10:28 (HKT)
worth the price
if you ever want a US version of a new 3DS so you can customize your unit with faceplates this might be the best or only option for you. Like always my order came in perfect condition.
meepme (1) on 12, Jul. 2016 03:04 (HKT)
Best ever
I got excited when I found this. Sure it's $50 more than when it was first released. But totally worth it. The reviews and videos don't do it justice. Just order it and be happy. The build quality is amazing. The faceplates make it look awesome and everyone is jealous. It comes with Pokemon red and blue already installed and a 4gb micro sd card. I just swapped mine out for 32. The 3D is so much better and I can actually use it now. The box arrived heavily padded so the actual box and game weren't damaged. Overall this is worth every cent. Just get it.