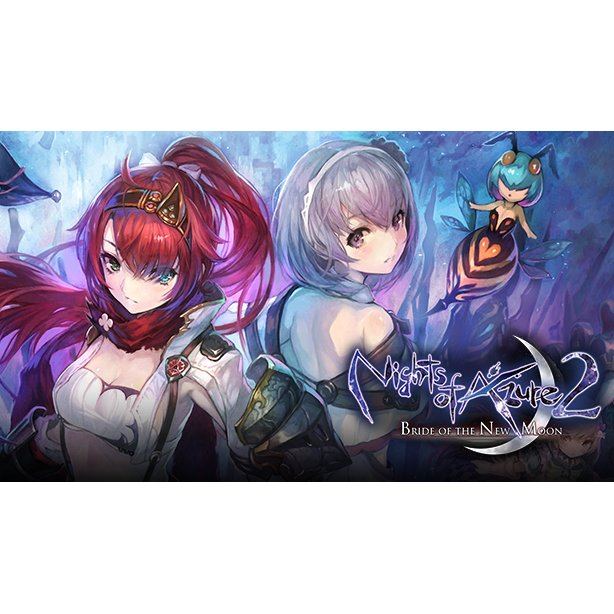 Nights of Azure 2: Bride of the New Moon STEAM digital

Region Free
This item will deliver instantly in your account. Some orders may be subject to verification by SMS or Voice which may cause delays.
US$49.18
Manufacturer
Koei Tecmo Games
Price
US$49.18
Play-Asia.com Return & Refund Policy
Click on a thumbnail to see more pictures for Nights of Azure 2: Bride of the New Moon

A Tale of Three Beautiful Maidens Drawn to Each Other.

When three friends, deceived and separated by the tricks of darkness, find each other again, their bond shall become the light that will clear away the shadows and guide them towards the truth...
Beautiful maidens, Servans, battles and growth system all these elements return in an evolved form in the second installment of the gothic fairy tale action RPG series "Nights of Azure".

As Aluche and her battle party set off on their journey to defeat the Moon Queen, they will encounter a variety of devious and dastardly demons; some of which means to bring them harm and others which wish to join them on their quest. The mighty Striker type Servans are invaluable assets to any battle party, transforming from their demonic forms to powerful weapons which Aluche can wield in battle. Controlling the Striker type opens up a plethora of abilities to aid in combat situations, improving Aluche’s skills in either long range or close combat depending on which particular Servan she relies upon.

No reviews for Nights of Azure 2: Bride of the New Moon yet.