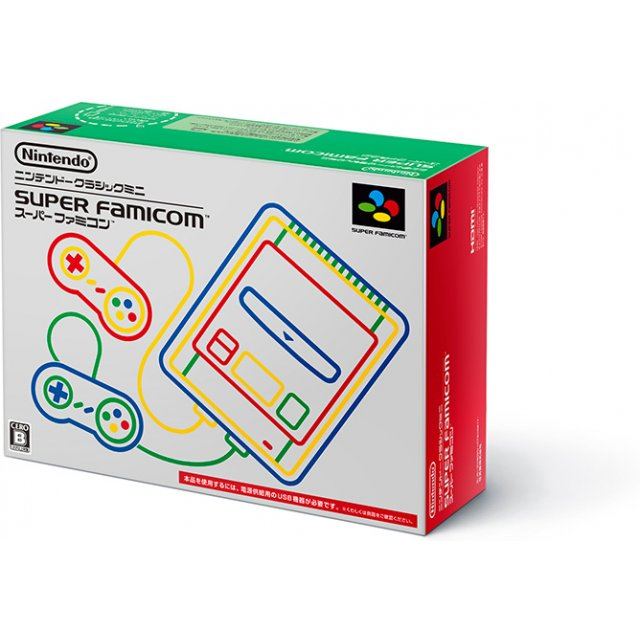 Japan
24h In stock, usually ships within 24hrs.
US$169.99
Manufacturer
Nintendo
Rated By Our Customers
Version

The palm-size is only the main body, the controller fully reproduces the original including the size and button arrangement. Since two controllers are attached, you can enjoy the game immediately with friends and family with exactly the same sense of play as at that time.

You can return to the home menu at any time by pressing the reset button to quit the game. You can play another game immediately without swapping the cassette. Also, in the home menu, you can save the progress of the game at that point as "break point". "Interruption point" can be stored up to 4 so it is convenient to share with family.

Various points have evolved from "Nintendo Classic Mini Family Computer", so you can use it more conveniently and fun.

Replay Function
From the interruption point, you can rewind the game for a while and see your play again. It is convenient to remember how far forward the game has been. You can also resume the game from the timing rewinding. Even if it gets over the game, you can go back and start over before trying again, so why not try trying that soft software that was difficult at the time?

My Play Demo
Your play image saved as an interruption point will be played like a demo movie. It will also be an opportunity to remember which game you played last time.

Play with your favorite frame
There are 12 types of frames in all. There are frames that change according to the movement of the game.

Analog TV Mode
"Analog TV mode" that reproduces the way it looks like an old television, which was also installed in the "Nintendo Classic Mini Family Computer", is in accordance with changes in the era when Super Nintendo was launched, whether the appearance of the 1980s therefore, adjustments have been made so that it becomes a way of the 1990s style.

Note: AC adapter is NOT included.

If you are familiar with Nintendo Classic Mini Super Famicom, why not let others know?

Nawell (31) on 20, Nov. 2019 04:47 (HKT)
Great little console
It's a really nice item for collectors. The shape and look of the original is perfectly replicated.
The controllers feel just like the originals!
goomba1986 (1) on 30, Mar. 2019 13:34 (HKT)
Fantastic
Very cute and attractive version of the Super Nintendo Classic.
LukeH (3) on 07, Mar. 2019 06:14 (HKT)
SFC Mini Classic
My first console was the Super Nintendo and seeing them make a comeback I had to get one for nostalgia. The console is a lot smaller than the original. Has a great library of 21 games including the unreleased Star Fox 2.
The Super Famicom Classic have a few different games compared to the EU.
Unfortunately one game I would like, Mother 2 (Earthbound), isn't on the SFC version, but not a deal breaker. Some games, you'll need to be fluent in Japanese.
Comes with 2 controllers identical to the originals, same size, excellent quality. A HDMI and a Micro USB as the power supply.
This isn't region locked so you'll have no issues playing this worldwide.
Perfect for retro gaming nights.
fatimah (2) on 20, Jul. 2018 05:18 (HKT)
amazing
loved it so much, bring lots of memories
thank u so much, great delivery and tracking system
jsb0714 (1) on 24, Jan. 2018 08:56 (HKT)
Great Nostalgic Fun!!
Familiar favorites as well as games not released in the West. Also interesting to see differences between Super Famicom and Super NES versions.
1 »