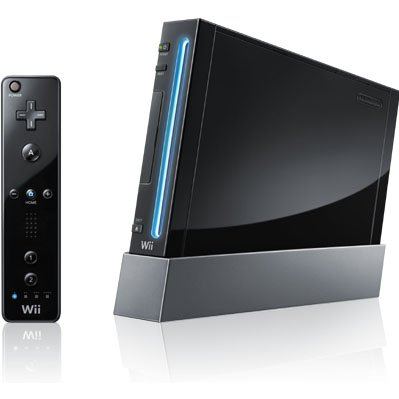 Collections
Nintendo
Rated
By Our Customers
Compatible with NTSC J titles only.

If you are familiar with Nintendo Wii (for Japanese games only) (Black), why not let others know?

deathneff (8) on 29, Mar. 2011 08:19 (HKT)
thank you playasia i am glad i got
I bought a japanese wii just for last story and i am loving it Thanks playasia. Playasia forever!!
[This review is based on another version of this product]
eric (54) on 24, Mar. 2011 04:04 (HKT)
Not only Mario!
Nintendo did bring us a lots of fun via their Mario series, but not just Mario! Xenoblade, The Last Story are great game! and it exclusive on Nintendo! Don't wait, its selling cheaper now. Good price and best buy! Just go for it!
[This review is based on another version of this product]
squall.nagisa (1) on 23, Feb. 2011 15:54 (HKT)
Magnifique!
A must have A-RPG, One of the best game I've played in this generation of game system, The Last Story is an association of an awesome battle system, a gorgeous OST, an incredible Chara Design, a good storyline. Mr Sakaguchi bring a new masterpiece in the J-RPG world. This collector edition is beautifull, must have if you're a true fan of RPG.
twlee (1) on 17, Jul. 2010 02:08 (HKT)
Black Nintendo Wii (NTSC-J)
Play-Asia has given every effort to describe this product on the product page. Read everything through carefully and you don't have to worry about anything. It wouldn't hurt to check your local customs policy as well, because it could delay the delivery for nearly a week and cost you additional fees. Note that the shipping options for this product are the type that require signature, too.

As a friendly reminder, f you're not proficient in the Japanese language (especially written), then I don't recommend that you buy this product. Otherwise, if this is your first ever Wii, you'll have no idea how to use it and will have to go the extra step of translating it.