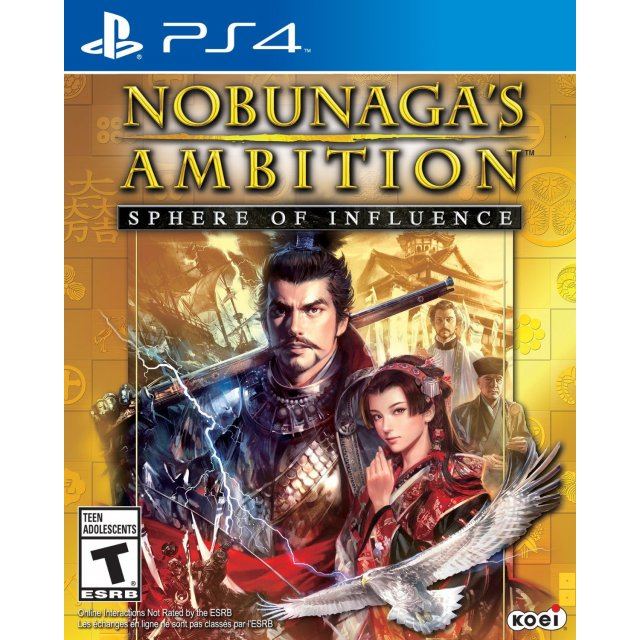 Since it's days on BASIC for Japanese PCs, Nobunaga's Ambition has told the story of the famous Nobunaga Oda, the ambitious real life 16th century Japanese ruler the with the desire for a unified Japan.

Offering players a chance to relive history with the benefit of advanced technology and 30 years of gameplay expertise, fully detailed 3D maps with over 300 castles allow for tactical immersion in what is considered to be the largest map in entire series. Based off Nobunaga no Yabou for the PS3, the PS4 port will also come with upgrades befitting the tech.

In Ambition, players can also to break free from the chains of history by achieving what Nobunaga could not finish in his lifetime; player choices ultimately will result in different multiple endings, as careful and complex strategies are easily implemented in gameplay assuring the decision of said choices.

Game flow will be separated into 3 main spheres: Creation, Diplomacy, and War: For Creation, micro management of a clan's standing that deal with cultivating all aspects of economy, agriculture, infrastructure, and neighboring relations is paramount. Diplomacy spans from political intrigue, strategic marriages and oaths, alliances, loyalty, and of course, betrayal. Finally, as the namesake states, War is the part of the game in which all manner of feudal Japanese warfare takes place, with a focus on troop movement, army building, defense fortification, and absolute dominion.

Indulge in history with this sophisticated title; Koei Tecmo have ensured that through realistic graphics, robust gameplay and contemporary polish, Nobunga's Ambition: Sphere of Influence will set the benchmark for the historical simulator for another 30 years to come.

Deception IV: The Nightmare Princess
US$ 22.99

If you are familiar with Nobunaga's Ambition: Sphere of Influence, why not let others know?