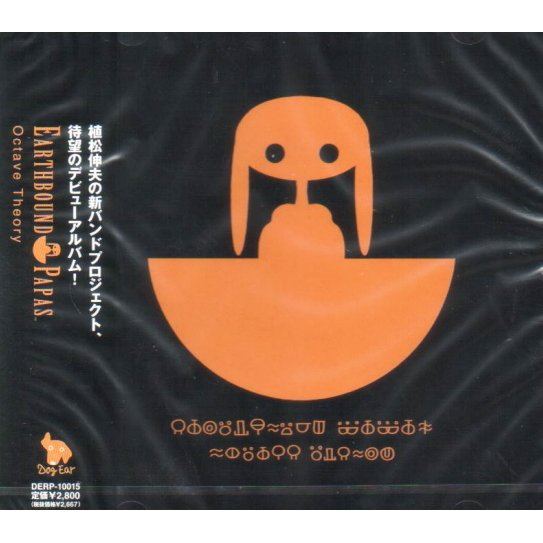 sold Out of print / Out of stock.
Please take note that, once purchased, this item must be paid immediately and cannot be cancelled or returned.
Manufacturer
Sony Music
Feature
Earthbound Papas
Version

Myth The Xenogears Orchestral Album
US$ 39.99

If you are familiar with Octave Theory, why not let others know?

queenofthestoneage (27) on 04, Sep. 2014 13:38 (HKT)
Fantastic album from Nobuo Uematsu
Nobuo Uematsu has been given a lot of creative freedom since he started his own record company, Dog Ear. I'm all up for that, since he is undoubtedly one of the best composers to have ever graced the Earth, but it can also turn down some people who are ot familiar with his recent re-arrangements. Here in Octave Theory, we get a strange mix between heavy rock, synth and ambient tones. The first track, Octopus Theory, has to be my favourite from the album, along with Metal Hypnotized (both original pieces). The others are a mixed bag. Forest of a Thousand Years is a slow and mellow track which I din't like at the beginning, but slowly started to grow on me. Homecoming, the closing track for the album, is one of the more experimental pieces. It's kind of hard to describe it but it is also a slow tune that reminds me a bit of Pink Floyd. The other tracks that remain are the re-arrangements of some of Uematsu's most known tracks: One-Winged Angel (Advent Children version), Liberi Fatali and Eternity. All of these are exactly what you expect; hard rock arrangements of those tracks. One-Winged Angel is the same version from Advent Children, with some minor changes. Not a bad track, but if you've heard the AC version, it's most of the same. Liberi Fatali was a strange choice to get a hard rock arrangement, but they somehow pulled it off and it's a fantastic track. Eternity is the same as One-Winged Angel: most of the same if you've heard the original. Bo-Kon-Ho-Ko is the only track I've yet to hear. I haven't played Lost Odyssey and want to hear the original, in-game first.

All in all, this is a fantastic album that Uematsu fans are sure to love. If you're new to his arrangements, you might want to start with the first Black Mages album before hearing this one. Great job from Uematsu and the rest of the band and can't wait to hear more from them!
cignus-ustus (12) on 25, Aug. 2011 19:43 (HKT)
A quite good new band
This is the first effort by Nobuo Uematsu's new band. It's not as heavy as the two first Black Mages CD, so it can disappoint some people expecting hard rock. There are a lot of synths in it. Besides, the arrangements aren't too risky.

As a conclusion, it's an intersting CD, but not an essential.