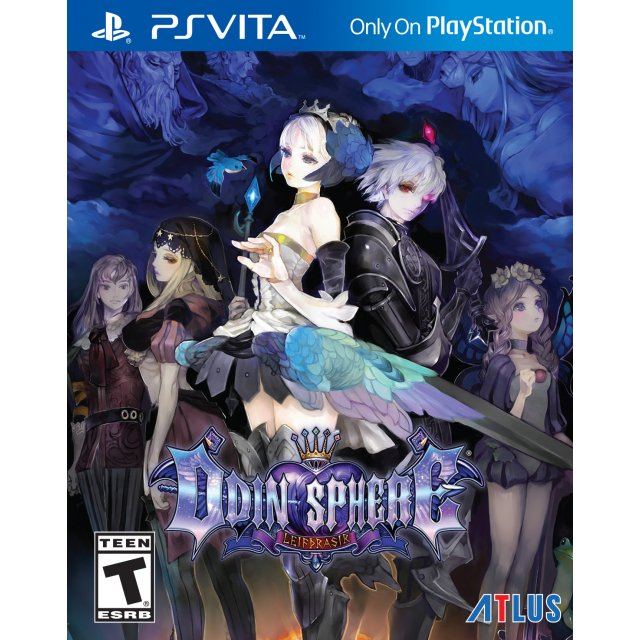 Works on all systems sold worldwide, a correct regional account may be required for online features.
1w Expected stock arrival within 1 week.
US$42.99
Manufacturer
Atlus
Rated By Our Customers
Compatible With PlayStation Vita (PS Vita)
Version

Works on all systems sold worldwide, a correct regional account may be required for online features.
1w Expected stock arrival within 1 week
Price
US$42.99
Play-Asia.com Return & Refund Policy
Click on a thumbnail to see more pictures for Odin Sphere Leifthrasir

The kingdom of Valentine was the most powerful country on the continent of Erion. Its people thrived using the magical power of the Crystallization Cauldron, but it was destroyed in one fateful night. And so, a war over the now master-less Cauldron has begun, involving all the nations of the land and growing more intense by the day. Is the End near, as the Prophecy states?

If you are familiar with Odin Sphere Leifthrasir, why not let others know?

rongman (13) on 29, Apr. 2017 22:16 (HKT)
A great remaster
If you played the PS2 version and found it grindy, this version fixes basically everything. It also improves the combat and levels.
mysticdefender@live.com.au (53) on 11, Apr. 2017 17:20 (HKT)
PS VITA gem of a game
Played Odin's Sphere Leiftraiser on Vita and it was one of the best gaming purchases I have made in recent memory. The game runs amazing on the Vita and is a masterclass of gaming. With this game you would expect many hours of beautiful visuals as you would expect from Vanilla. This is a game that is very under the radar, however should not be overlooked. You will do yourself a great service by getting this game.
Mormegil (57) on 09, Oct. 2016 22:41 (HKT)
AMAZING!!!
Every game Vanillaware produces is pure GOLD. Odin Sphere is no different. I missed it on the PS2 so I was pretty lucky they released an improved version of it.

This game is spectacular! The story, the characters and of course the gameplay are all perfect. However, once again, the art style is the best feature of the game. Vanillaware's games are extremely gorgeous.

If you like beat em up games, there is absolutely no reason not to buy this game.