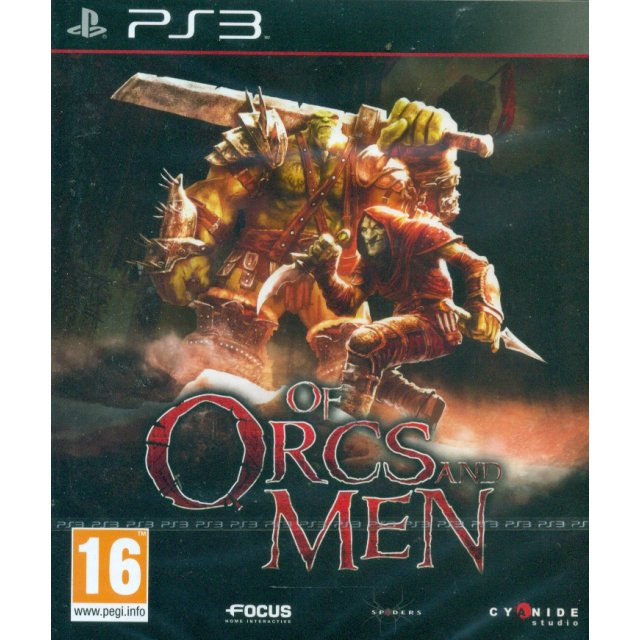 Of Orcs and Men

Works on all systems sold worldwide, a correct regional account may be required for online features.
1-5d Expected stock arrival within 1-5 days
Price
US$49.90
Play-Asia.com Return & Refund Policy
Click on a thumbnail to see more pictures for Of Orcs and Men

If you are familiar with Of Orcs and Men, why not let others know?

stuckintheinbetween (34) on 03, Mar. 2013 03:33 (HKT)
Tough Strategic RPG
This is a new IP from the developer that made the Game of Thrones RPG. Honestly, I prefer the Game of Thrones game, but Of Orcs & Men isn't bad at all, it's actually quite good, just a little infuriating when it comes to the difficulty. This is without a doubt one of the hardest games I've played. You will die over & over again, trying multiple times to defeat hordes of enemies. And since it's more of a turn-based system in real-time, it would seem like it would take a lot of skill/preparation and less luck, but it's even hard when you're fully prepared, so a lot of it is luck. That said, if you can manage to overcome the insane difficulty (even on the easiest setting), there's a fun and lengthy RPG here with beautiful environments, fun characters, and a rather well-told story.