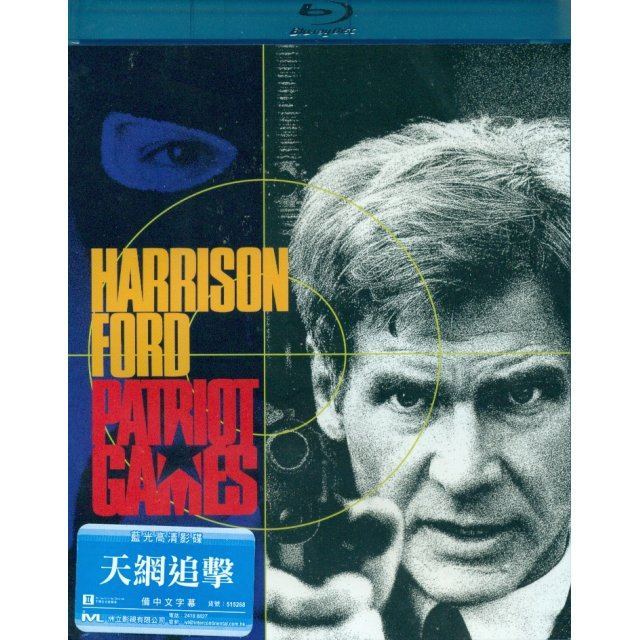 Ex-CIA agent Jack Ryan (Harrison Ford) is forced back into service when he saves the lives of the English minister to Northern Ireland and his family from a terrorist attack, killing one of the perpetrators in the process. The dead man's brother, also a member of an IRA splinter faction, vows revenge on Ryan and his family and pursues them to the United States. Ryan knows it is only a matter of time till he comes face to face with his nemesis... and that only one of them will come out alive. Based on Tom Clancy's bestselling novel.

If you are familiar with Patriot Games [Special Edition], why not let others know?

liverpoolchampucl (60) on 10, May. 2011 14:43 (HKT)
I like special feature for this bluray
This picture for jack ryon series no.2 byno.1 act by baldwild but this part act by ford
I need to collect for ryon series by start from this first
tdolbin (35) on 30, Apr. 2011 01:27 (HKT)
Simple and That's why it is great
Paramount orginally wanted harrison ford in the 'The Hunt for Red October'. But ford refused it. so alec baldwin got that part. He became a star.

But after that harrison ford changed his mind. He wanted to play Jack Ryan. At that time John Mctiernan and Alec baldwin was planning the sequel. Patriot Games and Clear and present Danger. And Two guys are Irish american. So they didn't want to making a movie about a villan which is IRA.

But than paramount fired baldwin. And bring the Harison ford.

After that Mctiernan left. Ford hired Phillip Noyce. He liked him. Not becauce of Dead Calm. He liked Newsfront. What a weirdo.

Anyway Movie is great. Phillip Noyce has his own style of making a thriller movie. He's a few director who doesn't copy hitchcock.

And Main features are also so great. Pictures quallities are so~ fine! I love it
My Prescious!
a.zaytsev (158) on 18, Apr. 2011 16:23 (HKT)
Patriot Games
Great movie that follows the book fairly well. Harrison Ford does an exceptional job in his portrayal of Jack Ryan.