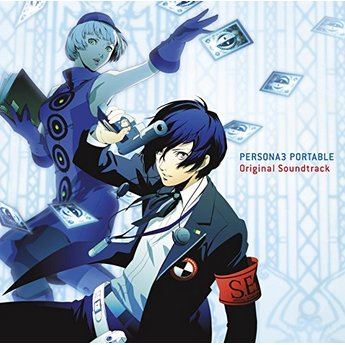 Aniplex
Rated
By Our Customers

Audio CD
1-2w Expected stock arrival within 1-2 weeks.
US$24.99
Please take note that, once purchased, this item must be paid immediately and cannot be cancelled or returned.
Manufacturer
Aniplex
Rated By Our Customers
Version

Persona 3 PSP is an updated and upgraded port of the stellar RPG on PlayStation2. With new characters, new social links and gameplay elements, of course, there has to be new music. All games in the Persona series feature some very chic tracks, and for this new port, the composers wrote new melodies that are not only modern, but passionate as well. The album carries the long version of the opening theme Soul Phrase and many other atmospheric BGM. From the gentler tunes that goes with the peaceful times to the dark and eerie themes that played during your dungeon crawls, this album has it all.

If you are familiar with Persona 3 Portable Original Soundtrack, why not let others know?

rebus.22 (63) on 10, Dec. 2014 17:33 (HKT)
awesome
If your a fan get it.
fenixdown83 (13) on 28, Apr. 2012 09:51 (HKT)
Short but sweet
The Persona 3 Portable Original Soundtrack delivered with the new additions to the female main character's storyline music. It was enjoyable, but very brief. It would have been nice if they had included more bonus content to fill out the space on the disc, a studio recording/remix of Wiping All Out (the battle theme), or other arrangements of the new themes, or maybe even just including a few fan favorites from the original soundtrack. At least the CD is not terribly expensive for just ten tracks. If you enjoy the new music for P3P, you'll like this CD, just don't expect much else.
Yuticq (20) on 16, Jul. 2011 00:10 (HKT)
P3P soundtrack.
If you like persona series. This album is quiet good. Check this one out.
apat18 (43) on 19, Jan. 2011 09:45 (HKT)
Great for fans!
Included is some of the best songs from persona 3 and some new ones from persona 3 portable like soundtracks unique to the female MC.
djclark (8) on 05, Dec. 2010 08:02 (HKT)
P3P OST
Where to begin... It's good, REALLY good! Lately started collecting vid game soundtracks and this one doesn't disappoint in the overall-mood dept.. Yeah, it's a li'l short, but pure Japanese Pop at it's finest. Some tracks cause that "Aghhhh... I can't get that song outta my head" feeling; especially tracks 6 and 10, while others seem just right for the game itself. #3 is perfect for goofy Junpei or girl-shy Aki & the battle themes are thoroughly-enjoyable replacements for the originals in P3 and FES. Really liked it alot and can't wait for the next one(s). Hopefully, an alternative version of P4 and it's music?!?! - One can only hope...
1 »