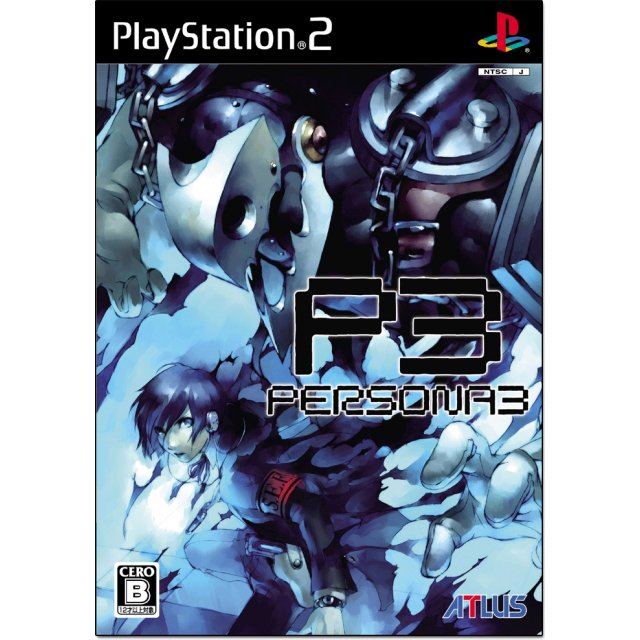 Atlus
Compatible with PlayStation 2™ (PS2™)
For JPN/Asian systems only.

NTSC
24h In stock, usually ships within 24hrs. (Only 1 left in stock.)
US$86.99
Manufacturer
Atlus
Compatible With PlayStation 2™ (PS2™)
Version

NTSC
24h In stock, usually ships within 24hrs
(Only 1 left in stock.)
Price
US$86.99
Play-Asia.com Return & Refund Policy
Click on a thumbnail to see more pictures for Persona 3

In Persona 3, you'll assume the role of a high school student, orphaned as a young boy, who's recently transferred to Gekkoukan High School on Port Island. Shortly after his arrival, he is attacked by creatures of the night known as Shadows. The assault awakens his Persona, Orpheus, from the depths of his subconscious, enabling him to defeat the terrifying foes. He soon discovers that he shares this special ability with other students at his new school. From them, he learns of the Dark Hour, a hidden time that exists between one day and the next, swarming with Shadows. These monsters have been steadily claiming victims aptly nicknamed "The Lost"—people who've inexplicably become mindless zombies. Under the supervision of school chairman Shuji Ikutsuki, he joins his new companions in confronting this threat to humanity… With your school as the primary battlefield, you'll be forced to juggle between two lives: student by day, defender against evil by night. And your greatest challenges await you on the eve of each full moon.

If you are familiar with Persona 3, why not let others know?