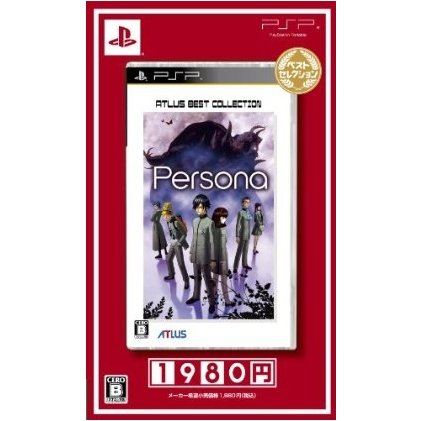 sold Out of print / Out of stock.
Manufacturer
Atlus
Rated By Our Customers
Compatible With Sony PSP™ (PSP™)
Version

Coming out in 1996 as a playstation game, Persona, with its unique, dark atmosphere and challenging gameplay, captured the hearts of many gamers. 13 years later, the ancestor of the franchised is ported to the PSP with upgrades, such as an expanded soundtrack, event scenes and in game movies, now, the younger generation can taste the gloom of youth that only the Persona series can provide.The system has proved to be one of the most difficult part of the game and this is now readjusted to ease some less experienced gamers into the intriguing world. One has to remember, however, that although teenagers are protagonists, instead of having sunny, cheerful school lifes plus adventure, the game focuses on the hardship and inevitably cruel choices that young people have to face as they grow up.

If you are familiar with Persona (Best Selection), why not let others know?

Yuticq (20) on 19, Jun. 2011 23:10 (HKT)
Persona
The first installment of the series came to PSP in a new form. With cool story and new great musics. A must for Persona's fans.
[This review is based on another version of this product]
ribrundy (31) on 05, Dec. 2010 23:59 (HKT)
Worth remake
After sucess of P3 and P4, Atlus realeased the original by modifying to excellent way.There are new story , system , anime and so on.More importantly , music is all composed by Meguro , so I dont have to say how superb.If you like rpg with good story , dont let it get away.
[This review is based on another version of this product]
userAU (9) on 04, Dec. 2010 09:10 (HKT)
Worthy Remake
Been a fan of the Persona series from the start - this remake really is the definitive version - perfect for the PSP platform. Enjoyable story, with many hours of gameplay... Very much enjoyed - great game all-round. And at this price, who could say no? Highly recommended to J-RPG fans.
[This review is based on another version of this product]
game (63) on 30, Sep. 2010 13:16 (HKT)
PSP Persona Throwback
Persona is a turn-based RPG in the Shin Megami Tensei Series. Having never played the original Playstation release, I cannot make any comparisons between the two games, so my opinion is based off of the PSP release only.