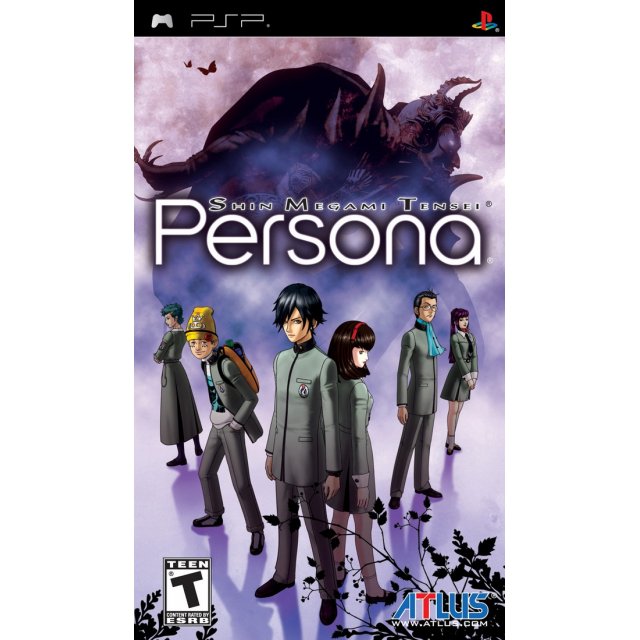 sold Out of print / Out of stock.
Atlus
Compatible With Sony PSP™ (PSP™)
Version


Click on a thumbnail to see more pictures for Persona

One of the most critically-acclaimed roleplaying franchises of all time, Shin Megami Tensei has recently arose to prominence in North America with the releases of Persona 3 and 4, two of the highest-rated releases in their respective years. Now, Atlus revisits the first chapter in the Persona saga on PSP® (PlayStation®Portable) system. Completely rebalanced and remade, SMT: Persona allows younger fans of the series to find out what everyone’s been talking about for years, and gives long-time SMT supporters a wholly different take on an all-time classic.

Each and every launch copy of SMT: Persona will include the game’s full soundtrack—on 2 CDs—bundled with the game in a premium boxed set. This definitive version of the game will be impossible to resist for series fans! Only as long as supplies last!

Professor Layton and the Miracle Mask
US$ 32.99

If you are familiar with Persona, why not let others know?

[This review is based on another version of this product]
ribrundy (31) on 05, Dec. 2010 23:59 (HKT)
Worth remake
After sucess of P3 and P4, Atlus realeased the original by modifying to excellent way.There are new story , system , anime and so on.More importantly , music is all composed by Meguro , so I dont have to say how superb.If you like rpg with good story , dont let it get away.
[This review is based on another version of this product]
userAU (9) on 04, Dec. 2010 09:10 (HKT)
Worthy Remake
Been a fan of the Persona series from the start - this remake really is the definitive version - perfect for the PSP platform. Enjoyable story, with many hours of gameplay... Very much enjoyed - great game all-round. And at this price, who could say no? Highly recommended to J-RPG fans.
[This review is based on another version of this product]
game (63) on 30, Sep. 2010 13:16 (HKT)
PSP Persona Throwback
Persona is a turn-based RPG in the Shin Megami Tensei Series. Having never played the original Playstation release, I cannot make any comparisons between the two games, so my opinion is based off of the PSP release only.