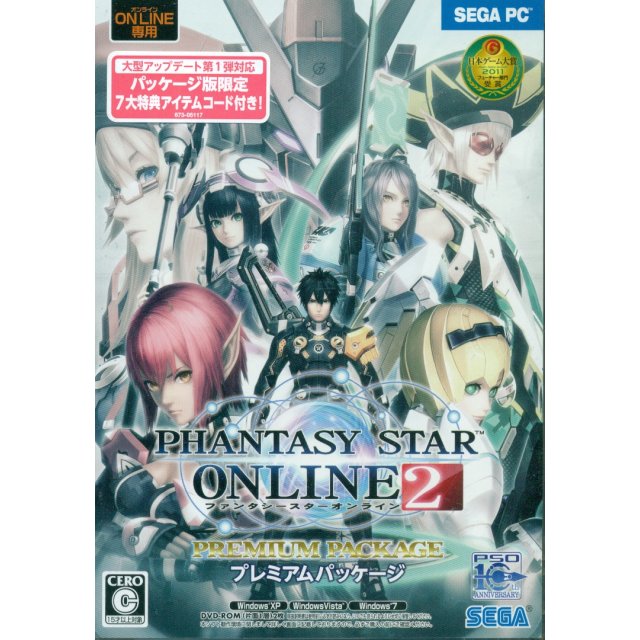 Collections
Sega
Rated
By Our Customers
Compatible with Windows™ (PC)

Phantasy Star Online is one of the MMORPGs that shapes the online RPG scenes in Japan. The adventures the gamer can have is possibly endless. This sequel to the legendary game inherits the space odyssey. Join the Oracles crew and explore new planets with the people in the Arcs team. Create your own hero and carve your own destiny. Make friends with other gamers you meet on the network and take down massive enemies together. The system is greatly improved to give the veteran explorers more challenges. There are missions within missions, you have more controls during battles, besides guarding and sidestepping attacks, you can jump to hit your foes high above. The studios are creating a PS Vita and a Smartphone version, they expect to create a system to allow gamers to load their save data between all three platforms.

If you are familiar with Phantasy Star Online 2 Premium Package, why not let others know?