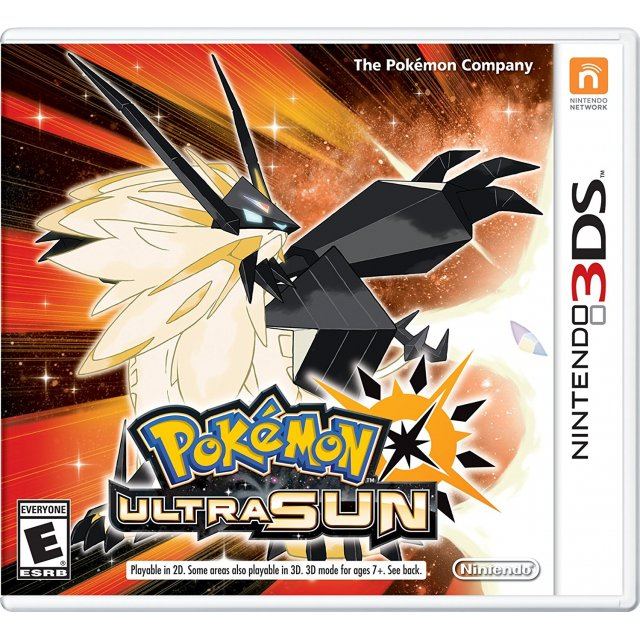 Take on the role of a Pokémon Trainer and uncover new tales, and unravel the mystery behind the two forms reminiscent of the Legendary Pokémon. With new story additions and features this earns Pokémon Ultra Sun and Pokémon Ultra Moon the name "Ultra!" Another adventure is about to begin!

If you are familiar with Pokemon Ultra Sun, why not let others know?

Eldariooon (89) on 04, Dec. 2017 23:50 (HKT)
A decade of Unforgettable journey on Nintendo DS systems comes to an end.
If you’re ready for another trip around Alola’s beautiful islands as a tribute to the discontinuing Pokemon core series on Nintendo DS systems, this is the way to do it.Featuring Pokemon never seen in the original adventures, Pokemon Ultra Sun offers an alternate story taking place in the world of Pokemon. Thank you for the memorable adventures from 2007 - 2017 . Looking forward to begin the next adventure on Nintendo Switch.