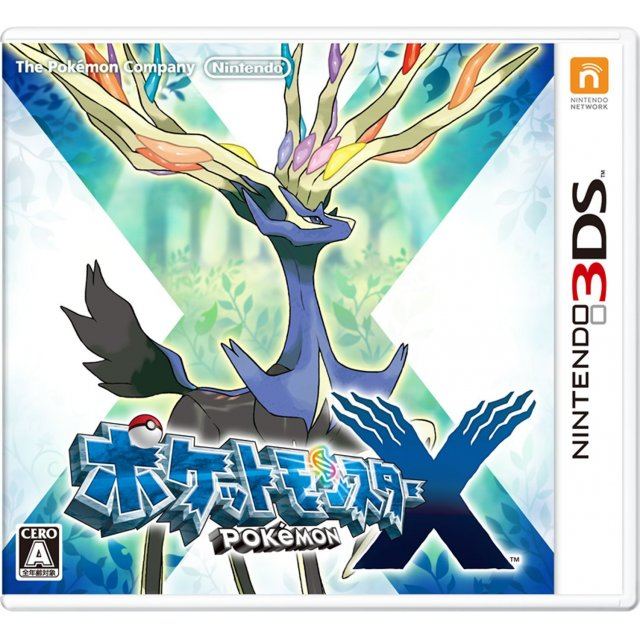 Nintendo
Rated
By Our Customers
Compatible with Nintendo 3DS™ (3DS)
For JPN/Asian systems only.

For the 6th Generation of Pokemon, one can expect a few things. Namely the rumored count of over 700 Pokemon and the first main series to be presented all in full polygonal 3D graphics! For those new to this venerable video game craze, the concept is simple: travel the world as a Pokemon trainer and capture Pokemon for use in exciting tournaments – each battle consists of deceptively deep RPG tactics and game theory strategy. Master this in game and eventually approach the global arena with the online functionality of the Nintendo 3DS!Become the Pokemon Master of the World!

If you are familiar with Pokemon X, why not let others know?

Gekokujou (35) on 22, Sep. 2017 07:45 (HKT)
I like this better than Sun & Moon
This is the Pokemon game to get if you're more into the more traditional Pokemon formula and want to breed the best Pokemon for competitive gaming.
kanwakyuudai (4) on 19, Oct. 2015 13:45 (HKT)
Gen 6 and first in 3DS
Gen 6 of the Pokemon, with seven languages but no Chinese.
eshanthaperera (2) on 30, Aug. 2014 08:18 (HKT)
The Perfect Pokemon Product
After so many years of Pokemon, this game just upped the ante on a whole new level. Stunning graphics and amazing gameplay! Absolutely love it! Totally hooked on this!
Ahmed Sameer (75) on 19, Aug. 2014 14:26 (HKT)
So addicting
Pokemon games never been so addicting ever since I start playing the series with Pokemon Gold. The game play is great the graphics are a major breakthrough, the music however could've been better.
1110adrilibra (238) on 16, Apr. 2014 15:56 (HKT)
Perfect Pokemon game
The First Time on N3DS But Really good, i Very Like The New Style Of This Game Unlike Before, The Only Thing That Trouble me is the pokemon evolution, but The Game is really Good, it Many new stuff and many new pokemon you can meet, this is a game that every N3DS owner must have.
1 »