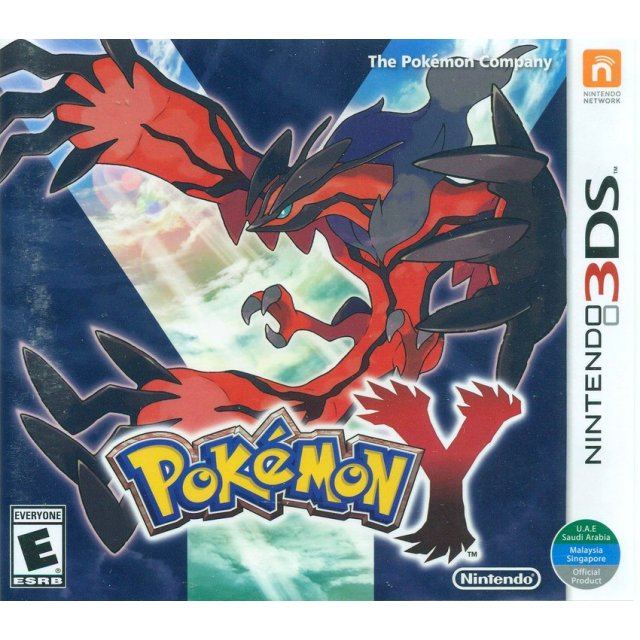 For the 6th Generation of Pokemon, one can expect a few things. Namely the rumored count of over 700 Pokemon and the first main series to be presented all in full polygonal 3D graphics! For those new to this venerable video game craze, the concept is simple: travel the world as a Pokemon trainer and capture Pokemon for use in exciting tournaments – each battle consists of deceptively deep RPG tactics and game theory strategy. Master this in game and eventually approach the global arena with the online functionality of the Nintendo 3DS!Become the Pokemon Master of the World!

If you are familiar with Pokemon Y, why not let others know?

Eldariooon (90) on 13, Feb. 2018 22:39 (HKT)
Not revolution, but regeneration. The Pokémon series takes a step forward energizing the classic gameplay formula with new and interesting twists and tweaks.
This is the Pokemon game many of us dreamed of when we were kids. And for those who are new to the franchise, this is the Pokemon game you deserve to play.
diego_delascasas (18) on 18, Mar. 2015 23:42 (HKT)
AAA+++
A revolutionary entry to the series!!
renan.rocha.ribeiro (4) on 05, Feb. 2015 22:03 (HKT)
No title
Awesome game. It came in one week (to UK).
yugirules808 (5) on 01, Apr. 2014 11:00 (HKT)
3d
good game with an awesome graphic jump from the Gen V black and white version, the story is good although the 3d is somewhat lacking and is only present in battles and specific parts instead of the overall game, the streetpass function of this game is somewhat lackluster as well but overall i'd still give it a solid 4 star.
mashaddie212 (9) on 12, Feb. 2014 16:55 (HKT)
Best pokemon games ever
Latest pokemon games with awesome graphic 3D graphic!! So far the best pokemon games. Easy to trade and link with other players from different part of the world. Absolutely worth to buy and play.
1 »