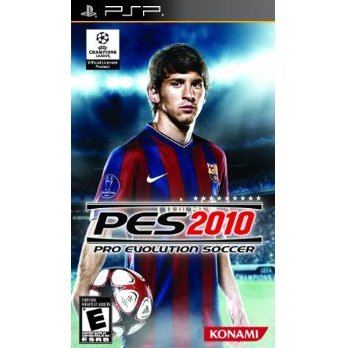 Works on all systems sold worldwide, a correct regional account may be required for online features.
1w Expected stock arrival within 1 week.
US$15.89
Our previous price:US$ 24.90
You save: US$ 9.01( 36% )
Manufacturer
Konami
Rated By Our Customers
1w Expected stock arrival within 1 week
Price
US$15.89
Our previous price:
US$ 24.90
You save:
US$ 9.01( 36% )
Play-Asia.com Return & Refund Policy
Click on a thumbnail to see more pictures for Pro Evolution Soccer 2010

[This review is based on another version of this product]
ouc (79) on 11, Jul. 2012 22:11 (HKT)
loves this game...
Great sports game for Wii. Very realistic soccer game.
[This review is based on another version of this product]
cabalo98 (6) on 30, Dec. 2010 19:43 (HKT)
Play with the best
I had to say that it's a great soccer player!
[This review is based on another version of this product]
ahbao6683 (11) on 03, Jul. 2010 12:58 (HKT)
fAntAstic game
abit down on the graphics but gameplAy is still awesome as pes series on other platforms, overall nice gameplay
azrin (2) on 29, Jun. 2010 10:54 (HKT)
Amazing graphics but lack of reality
It's true PES2010 have amazing graphics but the thing that it's missing is the reality of what we have in soccer game. One of that is the commentator.
[This review is based on another version of this product]
jonimakaroni (1) on 23, Jun. 2010 17:37 (HKT)
360 movement makes the game
As a non-Japanese PES player the reason I bought this game was because of the advertised 360 movement. With it I hope the game would become even more fun and I can tell you that it really is. If you are familiar with PES 2010 you will really notice the difference in both passing, dribbling and running. Even shooting feels better! The only downside is that the game is still to easy (it could be just me but it has become a little harder now) and the goalkeeper makes some stupid mistakes but I guess that's realistics considering all the mistakes in the ongoing World Cup... :P