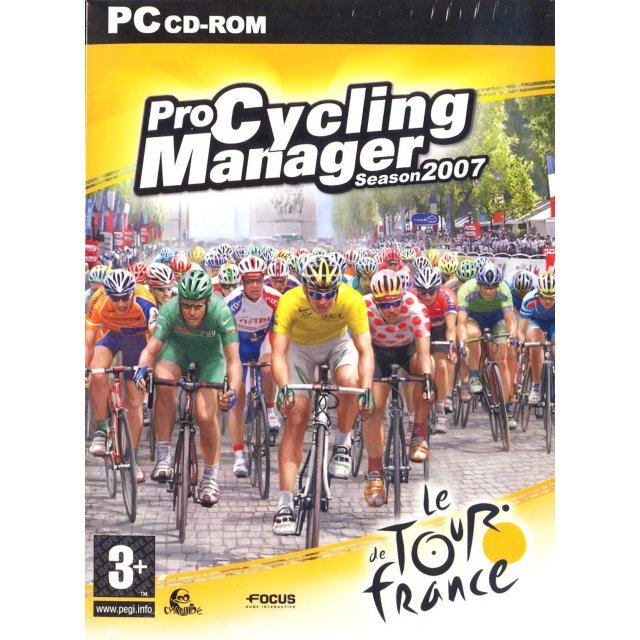 The expert mix of sports sim and management has established the Cycling Manager series as one of the key releases in sports titles. Each new version is more meticulously produced with greater attention to detail.

Pro Cycling Manager/Tour de France 2007 invites you to take part of one of the biggest International Cycling Competitions. At the head of one of the 60 official teams available in the game, you will influence the tactics and strategies of your team during the 150 playable races in real time. As the sports manager, you will also have to manage your team, organise the signing of contracts, equipment, transfers, the schedule and training; all in a normal day's work of a professional team manager.

The Tour de France has been faithfully recreated and is packed with intense action in all the stages: the electric atmosphere in the cols, the massive sprints and the long breakaways are just some of the thrilling game features.

The team at Cyanide has excelled to offer you a title full of innovations and improvements to immerse the player even more deeply into the game realism. In the management game, the famous career mode is revamped with a much more intuitive interface, a new transfer system, a new simulation engine and new functionalities for scouts; so many elements have been lifted directly from the true-to-life professional organisation of the competitions to get under the skin of a real sports manager.

In its real-time simulation, the Pro Cycling Manager 2007 gameplay is even more refined and comprehensive. It offers new possibilities in the races and an improved AI for more varied behaviour to generate an incredibly realistic gameplay experience. Besides the improvements to the graphic aspect and the game animation using new shaders, a shadow system and new textures, this new version will enhance the gameplay sensation putting the player right in the centre of the action.