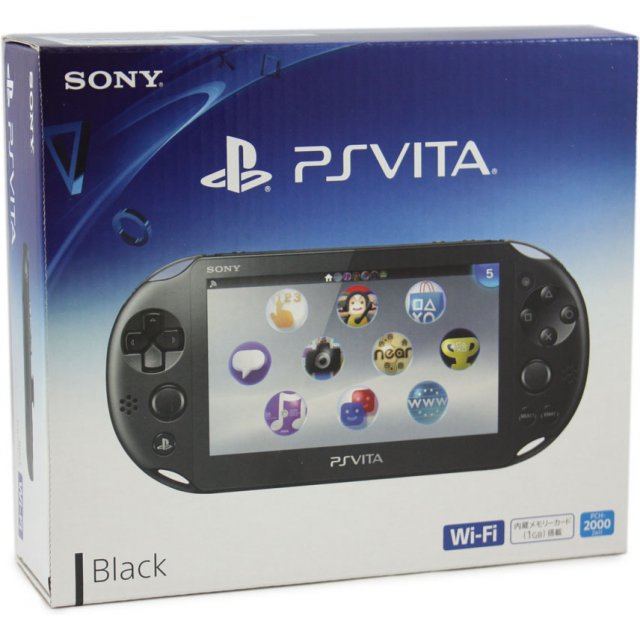 If you are familiar with PS Vita PlayStation Vita New Slim Model - PCH-2000 (Black), why not let others know?

JimmyP (1) on 04, Mar. 2019 16:23 (HKT)
Very Nice!!
Very New and Very Clean and Very Happy about it!!!! :) LCD display looks nice and everything feels fresh and easy to hold. Still the best handheld gaming device :)
pachecoagustin (2) on 08, Nov. 2018 06:35 (HKT)
Top quality! Doesn't even need an OLED screen!
Glad that I bought this. It arrived on time and unscathed.
I was really impressed by the screen even though many people say that the OLED one is better (which I don't doubt) but this one is still great :)
ProjektRED267 (3) on 17, Aug. 2018 12:32 (HKT)
Best handheld console ever
This is the second time I bought this console from play-asia and I still love it. It’s a great handheld made by Sony even though they killed it with their greed but the wide varieties of games make up for all of that. I feel that maybe I'll buy a different color for one last time some time in the future just for my collection.
dwetuski (7) on 07, Sep. 2017 10:22 (HKT)
Never been more impressed with a console
The graphics and sound quality is great, the available input options are impressive: touch-input on front and back of console, tilt-detection, and 2 joysticks... though there aren't L2/R2 buttons, which I guess might be a problem for running certain games from legacy console systems like the PS1, though I've yet to have an issue with that.

There are also a variety of handy apps, including a web browser that's actually useful and a Crunchyroll video player. There is plenty of memory included right out-of-the-box, and there are a large number of languages to choose from when configuring the system, so don't worry if you can't read Japanese.
xeavigomez (1) on 06, Apr. 2017 09:11 (HKT)
Ps vita
I ordered from México since it's not available in my country anymore. super fast shipping. I'm super happy with the vita. Play- Asia is definetley a great shop online. I will order here again.
1 »