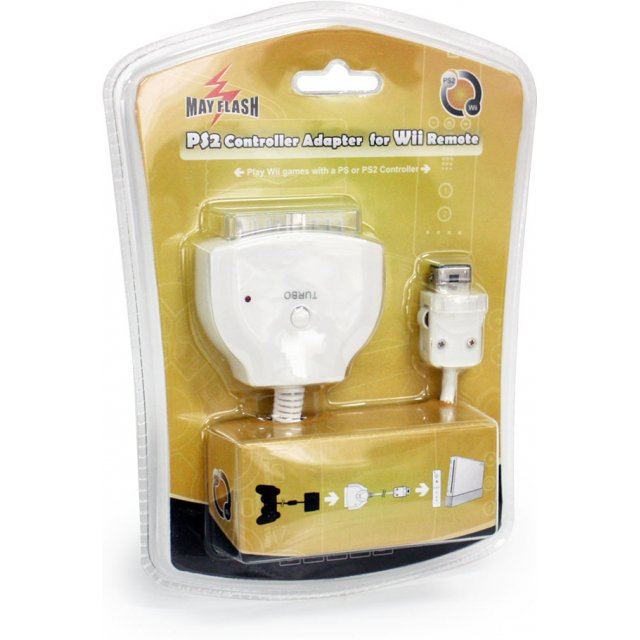 If you are familiar with PS2 Controller Adapter for Wii Remote, why not let others know?

[This review is based on another version of this product]
danbal76 (105) on 08, Apr. 2020 16:41 (HKT)
Impressive!
I'm using it on my PS2 with a Dual Shock 3 controller. Works flawlessly! I couldn't see any noticeable input lag.
[This review is based on another version of this product]
ghostlyavenger (47) on 29, Aug. 2019 06:39 (HKT)
great adapter
works as intended, if you update the firmware it also works with the xbox one controller for both switch and ps4. Nice to have options.
Ps. If you are using XBO or wiiu pro controller on the ps4 the shortcuts for share are minus+L and for touch minus+R.
[This review is based on another version of this product]
linandrew881 (1) on 27, Aug. 2019 01:29 (HKT)
Works great on both Switch and PS4!
I bought this because I love the Switch Pro Controller and really wanted to use it on the PS4 as the Dualshock doesn't feel comfortable for me after awhile. Instructions were all in Japanese but it was all pretty intuitive to sync up. Just press the big red button until it flashes then hold the Sync button on your controller and you're good to go!

I was also able to successfully connect a Dualshock controller to the Switch. There's a few things to know to get it to work, but once you change the settings it works flawlessly. First to sync the controller to the converter you need to hold the Share and PS buttons together, the lightpad should flash and then sync after awhile. Next I found you have to change under System Settings > Controllers and Sensors > Pro Controller Wired Communications and turn that option on. Then the Switch should be able to find it when you go to "Change grip/order."
[This review is based on another version of this product]
krizald13 (2) on 06, Jun. 2019 01:13 (HKT)
bueno
se puede jugar con los controles del ps4 y xbox one, el elite se necesita un cable, de hay en mas no trae mucho lag en ambos mandos
[This review is based on another version of this product]
ghostlyavenger (47) on 27, Mar. 2019 09:31 (HKT)
great little adapter
I recommend updating the firmware first. This adapter is great, love looks of it. Plus its very useful as once paired with a controller it remembers it. So if you plug and play; you plug to switch it works, change it to pc the same controller still works (as xinput). No lag issues tested with a WiiU pro controller(actually wakes up console) and dualshock 4(gyro works, so its like a pro controller, doesn't wake up console tough, and touchpad works as capture button).
I don't give it 5 stars only because there's no place to put the cap while in use, so maybe it will get lost.
1 »