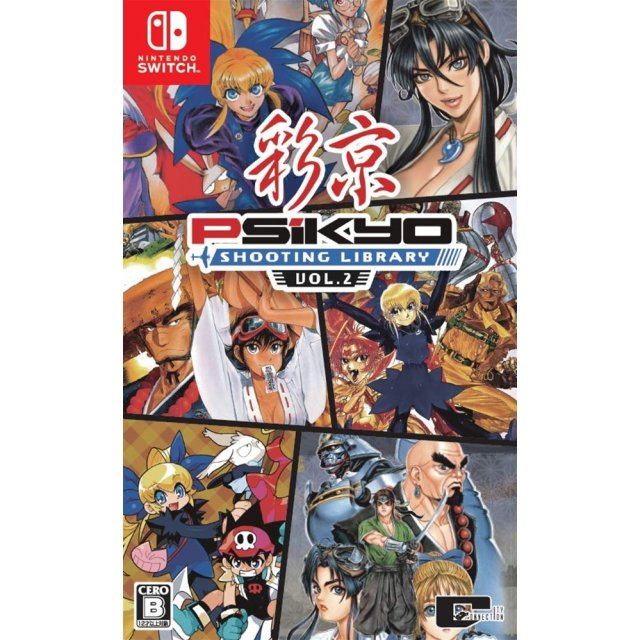 Sengoku Ace
This story is from the far east… At the Sengoku period, ace of six samurai assembles and fight in the air. The name is "Sengoku Ace!!"

There is a fish with a human-looking face, a daruma, a female ninja, a Buddhist priest, the last boss… and a dog!!?? What unique characters they are!!

Sengoku Blade
A great commander ruled an eastern plain for a long time, but his mind completely changed one day.

His evil power extended to his neighboring countries and the princess of the western country, fell into his hand. Princess Futsu learned about his dreadful plot inside the castle. The great commander gathers young ladies' souls to create an ultimate creature. That creature eats the souls to grow. When it's completely grown up, it could burn the entire world for only a short period of time. Princess Futsu's soul is the last key for its body to be completed.

The ceremony of Yorishiro (object representative of a divine spirit) will be held the next day at sunset. There is only one day left. She released her family treasures, the hisou stones, outside the castle.

The stones flew into the sky and fell into 5 brave warriors. The tale starts now!!!!

Sengoku Cannon
Two years have passed since the settling of the soul hunting incident in which human souls were transplanted into mechanical bodies. As people were gradually recovering from the pain sustained, a new incident took place. One day, the puppet soldiers who should have disappeared, the fortress suddenly appears again. In order to unravel the truth behind the whole incident, a group of people took upon themselves to embrace the Hisouseki…

Gunbird
In 19th century Europe, five GUNBIRDs are challenging. They keep each wish to themselves and collect "A magic mirror of Atra." Finally, whose wish will be granted with the power of the mirror? It depends on your playing skill…

All players can enjoy the 1st round and senior player will be satisfied with 2nd round too.

Gunbird 2
Five characters with distresses went out for an adventure to get the medicine that was handed down from the ancient times.

However, they need to gather three materials called "Sun element", "Star element" and "Moon element" and meet the god who lives in an illusionary underground temple to be able to get the medicine.

In the middle of their journey, they will meet the Queen Pirates and will be blocked by them from getting three materials.

Will they be able to get the medicine before the Queen Pirates!?

Gunbarich
Gunbarich launched in arcade version in 2001. It is a new game with elements of puzzle and shooting in the late works of Japanese brand "Psikyo". In Japan's amusement arcade, there is always one popular game.

No reviews for Psikyo Shooting Library Vol. 2 (Multi-Language) yet.