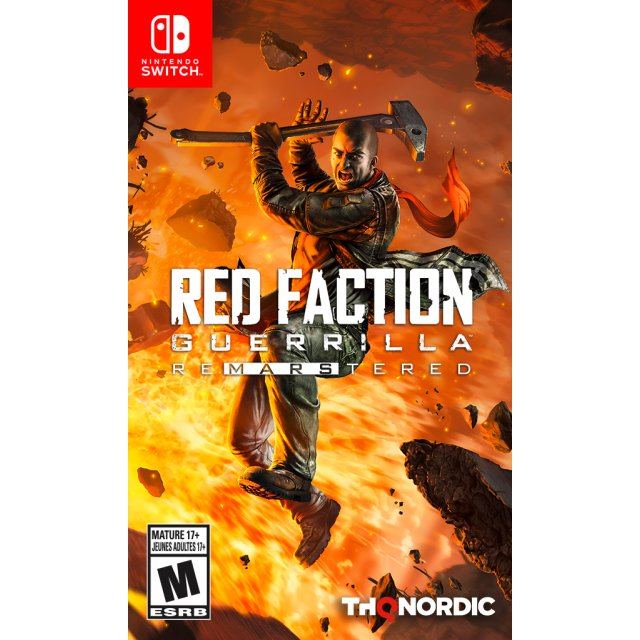 Works on all systems sold worldwide, a correct regional account may be required for online features.
1-5d Expected stock arrival within 1-5 days.
US$28.99
Our previous price:US$ 29.99
You save: US$ 1.00( 3% )
Manufacturer
THQ Nordic
1-5d Expected stock arrival within 1-5 days
Price
US$28.99
Our previous price:
US$ 29.99
You save:
US$ 1.00( 3% )
Play-Asia.com Return & Refund Policy
Trustpilot
Trustpilot
Click on a thumbnail to see more pictures for Red Faction: Guerrilla Re-Mars-tered

Set 50 years after the climactic events of the original Red Faction, Red Faction: Guerrilla allows players to take the role of an insurgent fighter with the newly re-established Red Faction movement as they battle for liberation from the oppressive Earth Defense Force. Red Faction: Guerrilla still defines the limits of destruction-based game-play with a huge open-world, fast-paced guerrilla-style combat, and true physics-based destruction.

If you are familiar with Red Faction: Guerrilla Re-Mars-tered, why not let others know?

aj_linscott (2) on 28, Jul. 2019 02:22 (HKT)
It's a good game for near mindless destruction.
I have fond memories of playing this game on my old 360. It's just as fun playing it now. If you have grievances, this is a good game to play and take out your frustrations on.