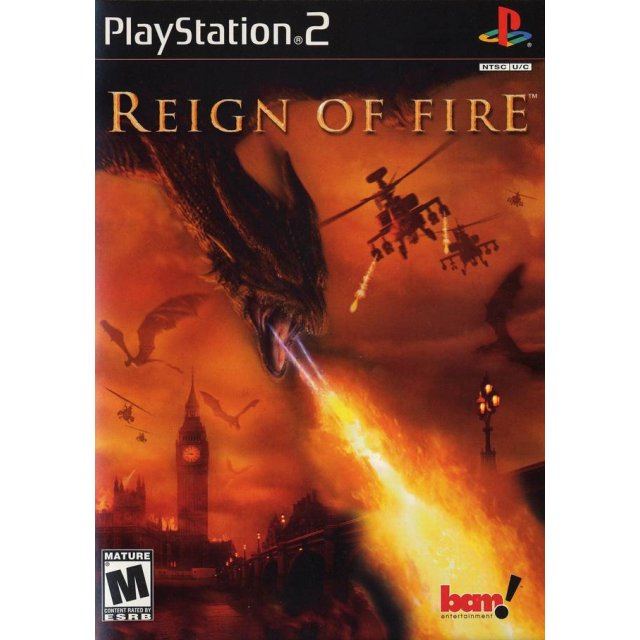 It is present-day London when a construction crew, led by the mother of young Quinn Abercromby (played by Christian Bale in the film), unwittingly unleashes a dragon that's been hibernating for centuries. Within a quarter of a century, dragons have multiplied and replaced humans as the dominant species on Earth.The game picks back up in Britain, c.2024. Quinn has grown up to be a "resistance fighter" for a small community hiding in an old castle in the burnt-out English countryside. His people have been reduced to living in near-medieval conditions.There's a pair of dragons prowling the vicinity, attacking the few remaining villages, destroying crops, and generally making life hell for the humans. The fire brigades risk their lives to put out the awful firestorms caused by the dragon attacks as they rescue the trapped or wounded survivors.Play as either a human or a dragon: As a human, you take the role of a resistance fighter, controlling a variety of well-equipped vehicles. Your purpose is to defend the last remaining humans FROM attack and eventually to make your way to the site of the sole male dragon - London now lying in ruins.As a dragon, the player will take the role of an infant led by instinct to attack its foe at any opportunity and attempt to eradicate the human race. The plot follows the maturing of the dragon, gradually getting more powerful, as the game progresses.Missions are linked by a fast-moving plot; based on events in the film.

No reviews for Reign of Fire yet.