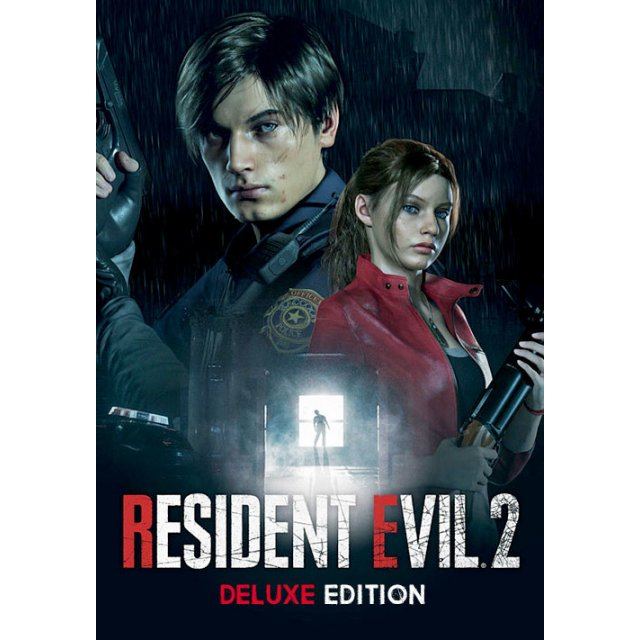 Capcom
Compatible with Windows™ (PC)
This item will deliver instantly in your account. Some orders may be subject to verification by SMS or Voice which may cause delays.
US$27.55
Manufacturer
Capcom
Price
US$27.55
Play-Asia.com Return & Refund Policy
Trustpilot
Trustpilot
Click on a thumbnail to see more pictures for Resident Evil 2 Remake [Deluxe Edition] (ASIA EMEA & US Region Only)

In Resident Evil 2, the classic action, tense exploration, and puzzle solving gameplay that defined the Resident Evil series returns. Players join rookie police officer Leon Kennedy and college student Claire Redfield, who are thrust together by a disastrous outbreak in Raccoon City that transformed its population into deadly zombies. Both Leon and Claire have their own separate playable campaigns, allowing players to see the story from both characters’ perspectives. The fate of these two fan-favorite characters is in players hands as they work together to survive and get to the bottom of what is behind the terrifying attack on the city. Will they make it out alive?

No reviews for Resident Evil 2 Remake [Deluxe Edition] (ASIA EMEA & US Region Only) yet.