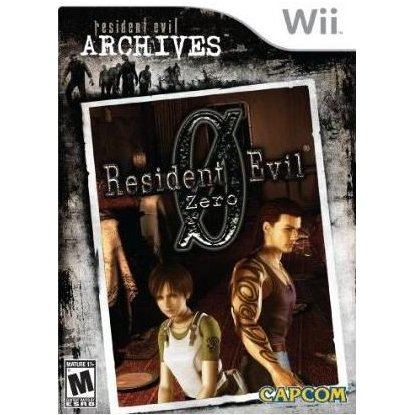 Capcom
Rated
By Our Customers
Compatible with Nintendo™ Wii (Wii™)
For US/Canada systems.

Before the Mansion. Before the disaster. Evil is Born. Something terrible is seeping into the once pristine mountain air. The residents of Raccoon City go about their lives unaware of the dark fate that surrounds them. It's only the beginning! Sent in to investigate a series of grisly murders in the area, S.T.A.R.S. Bravo Team scrambles into action. Along the way, Rebecca will encounter Billy Coen, an ex-Marine convicted on circumstantial evidence for the murder of 23 people. When his transport is overturned and infested, his life crosses path with Rebecca. He battles to clear his name and fights to stay alive. You face your fears to survive and unfold the truth. The door to safety is shut. There is no turning back...