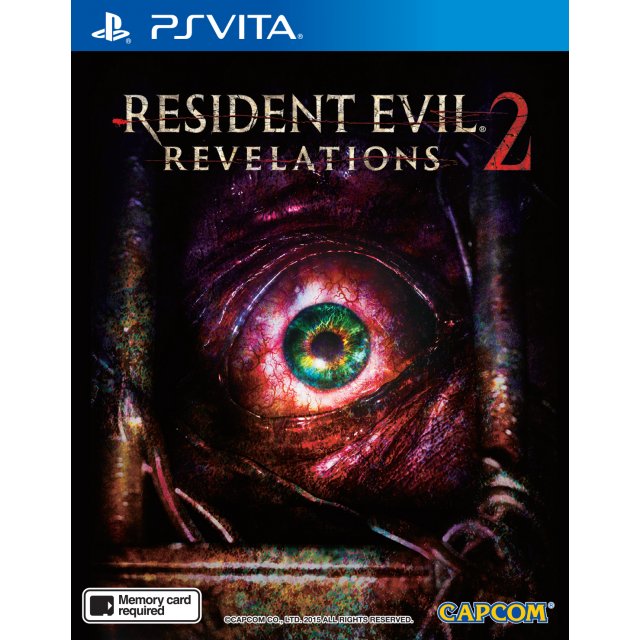 sold Out of print / Out of stock.
Capcom
Rated By Our Customers
Compatible With PlayStation Vita (PS Vita)
Version


Click on a thumbnail to see more pictures for Resident Evil: Revelations 2 (Multi-Language)

Set between the harrowing events of Resident Evil 5 and Resident Evil 6, Resident Evil:Revelations 2 marks Capcom'stempered decision in bringing back the survival horror they once monopolized.

A sequel to immensely popularResident Evil: Revelations (which on it's own garnered enough popularity to get a console release post handheld debut), Revelations 2 was formally announced at TGS 2014, but only in the form of digital episodic downloads promising intense and unforgettable cliffhangers.

Yet, to those who love both handhelds and physical versions, this was a sad move on Capcom's part; fortunately, there is now a physical version which not only contains complete 4 episodes, but also the four alternate costumes, and a plethora of languages to choose from!

Regardless of version, Revelations 2 has a lot to offer to fans of the series. Trappedin a derelict prison on a mysterious island filled with grotesque creatures and other unknown horrors, fan favorite Claire Redfield finally returns in a starring role; supporting her is Moira Burton, daughter of the RE legend Barry Burton, who is also a playable character.

There is also the return of the popular raid mode, an arcade-like experience focused on quick wits and destructive combat. Hunk and Albert Wesker are both included as Raid Mode characters, as well as the Throwback Map Pack.

Finally, while survival horror games place a lot of weight on tension of the unknown, when a threat does reveal itself, it must be terrifying; introducing abrand new type of enemy known as the "Afflicted,"these monstrosities adapt, charge, and even exhibit intelligence making every encounter a possible last.

If you are familiar with Resident Evil: Revelations 2 (Multi-Language), why not let others know?

enrique_diamantes (37) on 18, Nov. 2018 14:07 (HKT)
Thanks
It's a desired game for any Vita owner. Taking into consideration that there were no releases on cartridges in Europe or America, that is a really cool purchase.
SirKabayashi (13) on 14, Sep. 2018 16:51 (HKT)
Good version
If you are a RE fan, liked RE: Revelations 1 on the 3DS and enjoy playing RE games on the go, don't hesitate to buy this one (unless you have a switch and don't mind having games digital). While it does have some FPS issues, lower res textures I was personally never bothered buy them, especially considering the small handheld form factor.
Shaadan (2) on 11, May. 2018 02:21 (HKT)
Must Have
Yes, this vita version of RE2R have a few problems with fps and graphics. And versions on older consoles definitley better. But thank God for that it's not another Silent Hill Book of Memories, but high-grade RE.
adslh8yp (158) on 26, Apr. 2017 23:54 (HKT)
No title
Great little RE game, very fun :D
hongjordan (6) on 22, Jan. 2017 00:59 (HKT)
It's good as portable port
The vita version of the game is good if thought as a portable port of the console version. It has lag inputs and framerate issues yes because unoptimized but it's worth getting regardless because it's revelations 2 on the go which is a yes in my opinion, overall I'd recommend this game on the vita if frame rate/lag doesn't bother the player much.
1 »