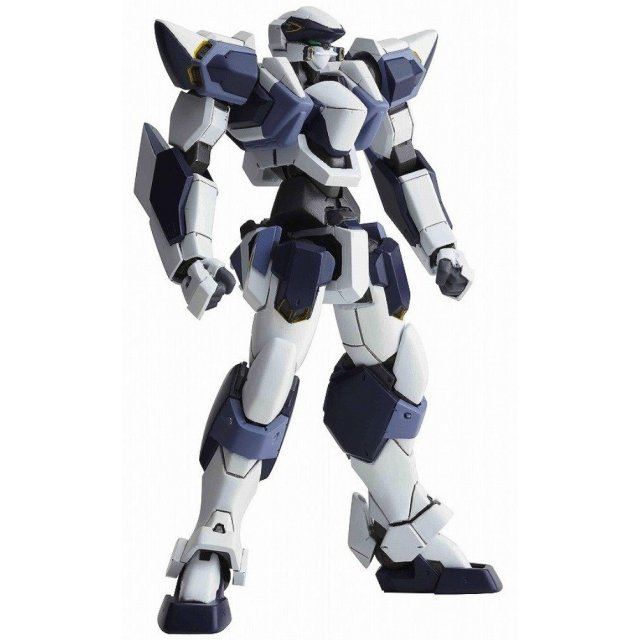 Full Metal Panic, with its cast of pretty girls and wacky mercenary groups, has become a favourite among anime lovers. The mixture of highschool comedy and warfare is a delight. The girls have their figures, it's time to move the spotlight on to the mecha. Here is Arbalest, Sagara Sousuke's partner in battle.The glistening mecha comes with a large variety of weapons and hand parts. Assemble them and relive some of the most impressive battle scenes you have seen in the anime. The Revoltech developers did not only create firearms, they have also crafted the tiny parts such as bullets.

If you are familiar with Revoltech Series No. 081 - Full Metal Panic Non Scale Pre-Painted PVC Action Figure: ARX-7 Arbalest, why not let others know?

Yutaka (22) on 19, Jul. 2010 18:29 (HKT)
Great pose
This is my first time to buy Kaiyodo item. I personally is Full Metal Panic anime fan. This figure is great, although the painting is not as perfect as other high value or big scale items. There are some small details that they put in this figure, you can pose whatever you want, it has inter-changeable hands, weapons, parts. Overall, it's just perfect for this small figure.
Son Goku (31) on 07, May. 2010 23:33 (HKT)
Great toy at great value
I got this toy during discount.
Best value for this revoltech toy. Play Asia is the best place to purchase figurine.
No complains about the detail and the articulation of this toy!!!
I love this toy, it goes very well with Revoltech Series No. 059 - Full Metal Panic Non Scale Pre-Painted PVC Action Figure: ARX-8 Laevatein.
Grish (3) on 04, May. 2010 17:11 (HKT)
Good but no ARX-8
It's not really that far off from the ARX-8 figure.
It has some very similar parts to the ARX-8 but it has lesser joints. The top part of the arms are practically the same with a simpler shoulder and the same goes for the body. They're basically the same frame with a few edges made simpler.

The accessories aren't as many as the ARX-8 but they're well designed and gives a unique look to the figure. Especially with the shells and cartridges. The grappling hook in the arm is great although I can't help but feel it's a little weak.

The build in general looks great with a few thick black lines here and there. The figure feels a little fragile compared to the ARX-8. It's also harder to pose. But the figure overall looks great and goes well with the ARX-8. If you're still deciding to get this or the ARX-8 I recommend getting the ARX-8. Get this later if you still want more. It's still one of the better revoltech mechas.
setimofilho88 (22) on 13, Feb. 2010 22:36 (HKT)
very nice package
I´ve loved very detailed figure ! a lot of weapons.