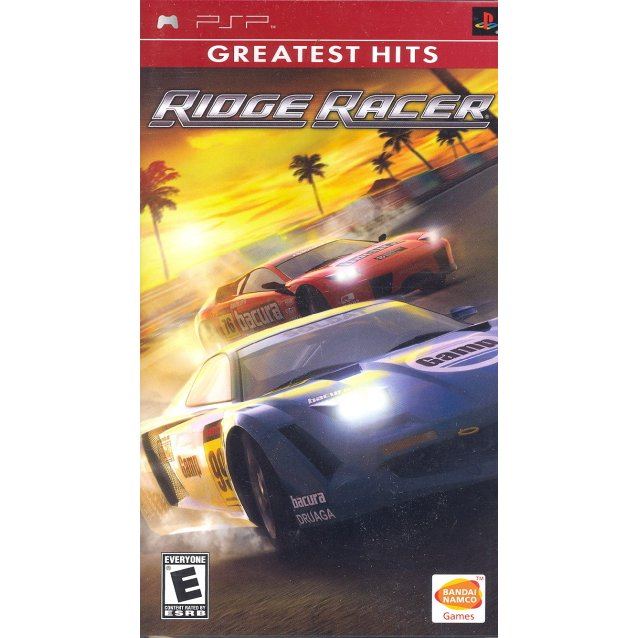 Works on all systems sold worldwide, a correct regional account may be required for online features.
1-2w Expected stock arrival within 1-2 weeks.
US$18.39
Manufacturer
Bandai Entertainment
Rated By Our Customers
Compatible With Sony PSP™ (PSP™)
Version

The latest Ridge Racer™ offers the best of the ten year drift racing dynasty and more! Ridge Racer is poised to dominate another new platform with exciting drift racing gameplay, slick graphics, and a blazing soundtrack. Featuring nitrous boosting and new modes, Ridge Racer delivers advanced 3D graphics, smooth analog steering, and the largest number of courses in the series - 24 circuits of breakneck speed and exhilaration stand between you and racing glory. Beat the clock in Time Attack Mode or test your racing skills with up to 8 players in WiFi compatible Wireless Battle Mode. Master the art of drifting and smoke the opposition anytime, anywhere, and in style with Ridge Racer for the PSPTM handheld entertainment system.

If you are familiar with Ridge Racer (Greatest Hits), why not let others know?

Fans of the series will be delighted to see some of the tracks included from the previous games, including Rave Racer; which has never featured outside the Arcade untill now.

Music from the previous RRs has also been included, in both original and remixed form, and the new tunes are also great. There\'s lots of stuff here to keep you happy for a long time.

The game\'s presentation is beautiful and makes it very easy to figure out the menus & options.

Along with Lumines, it belongs in any PSP owner\'s collection.
[This review is based on another version of this product]
jjintheuk (6) on 26, Mar. 2005 03:26 (HKT)
GREAT!!
This game is great, the best psp game I have played out of the total of 2 game I own.

The japanese version is very user friendly and gameplay is in fully english and the main menu\'s are in full english. If you have no language skill you can still easily play this game!!