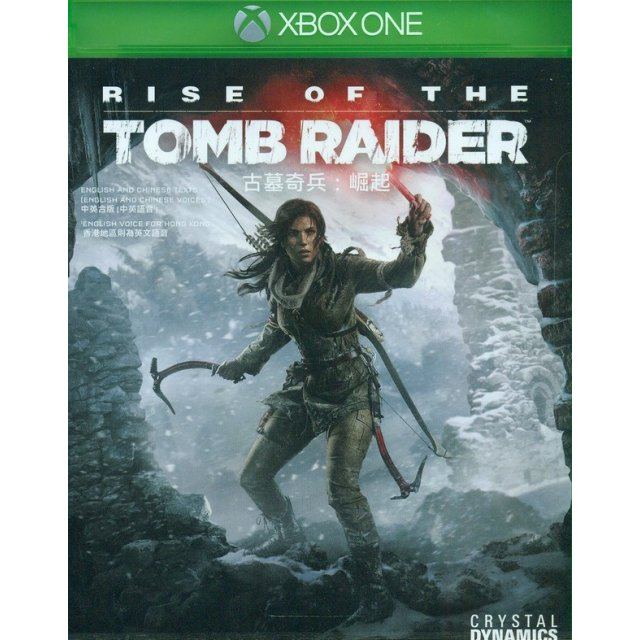 sold Out of print / Out of stock.
Manufacturer
Square Enix
Compatible With Xbox One™ (XONE™)
Version

Lara Croft once again lights up the torch in Rise of the Tomb Raider, sequel to the exceptional Tomb Raider reboot from 2013.

Following the ordeal in Yamatai Island, Lara Croft is beset with mental trauma, hallucinations and unexplainable mysteries that threaten her very core. At the same time, a dangerous and mysterious organization is also after her, especially for what she knows from her last adventure.

If you are familiar with Rise of the Tomb Raider (Chinese Sub), why not let others know?

yoloman (130) on 30, Dec. 2015 23:37 (HKT)
Direct sequel to TR game
I enjoy the story so far and finish the game. It is the same as previois TR game on ps4 but the gameplay feels the same to the original game no matter what.
warrenjadamson (13) on 14, Dec. 2015 17:14 (HKT)
A fun adventure.
Tomb Raider has reinvented themselves and the second installment of the new series doesn't disappoint.
All the fun of the TR games has been bundled into this edition and as with the first game in the new series, upgrades on all weapons and skills is possible.
There are a lot of fire fights that are beatable if played on the regular settings, but get really difficult as you increase the difficulty setting.
The tombs that are optional are great fun to find and explore to gain extra skill.
The game setting is in a semi-sandbox format which allows for some exploring and free running, but ultimately TR is a path directed game through beautiful graphics and stunning visuals.
The art work in the game is beautiful and immerses the player in the whole game.
The characters and built well in depth and the story can be written for a movie script.
Overall, if you have enjoyed the TR series over the past year, especially the new series, then you won't be disappointed.