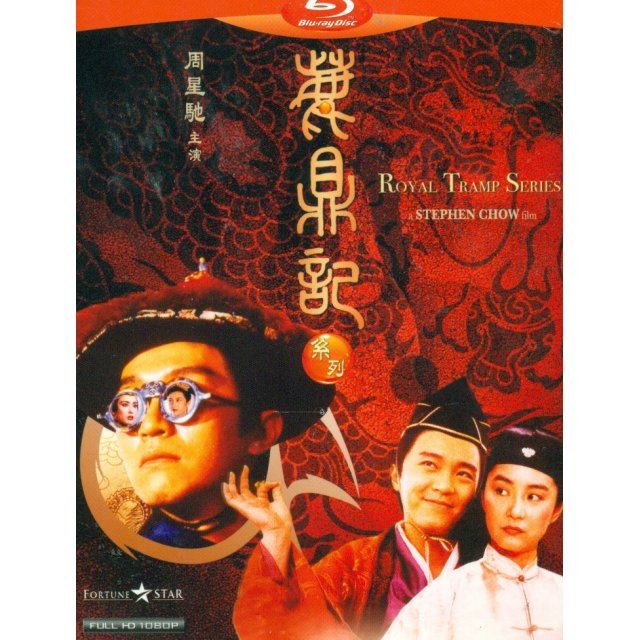 Royal Tramp:In this screen adaptation of Louis Cha's famous novel, Stephen Chow heads a star-studded cast as a small time punk Wei Xiao Bao, who bumbles his way into the Imperial Court and poses an urchin and becomes Emperor Kangxi (Derek Wan) confidant.He has his hands full while he juggles between helping the Emperor dispose of the overbearing Minister-Regent Ao Bai and trying to steal the 42 chapters for his master Chen Jin Nan (Damian Lau) who heads an activist group against the Qing government.Royal Tramp II:In this second installment of Louis Cha's famous novel, Brigette Lin joins the cast as the head of the Dragon Sect, who helps Wu San Gui, the king of a vassal state in an attempt to overthrow Emperor Kangxi (Derek Wan). To appease him, Kangxi lets his sister, Princess Jian Ning (Chingmy Yau) marry Wu's son and Wei Xiao Bao is the Imperial Envoy who heads the entourage.When the wedding turns into a fiasco, Wu is forced to take action while his entrusted follower betrays him and turns in Chen Jin Nan (Damian Lau) to Kangxi. Once again torn between his loyalty to the Emperor and his allegiance to the anti-Qing movement, Xiao Bao must face a final showdown...

If you are familiar with Royal Tramp Series, why not let others know?