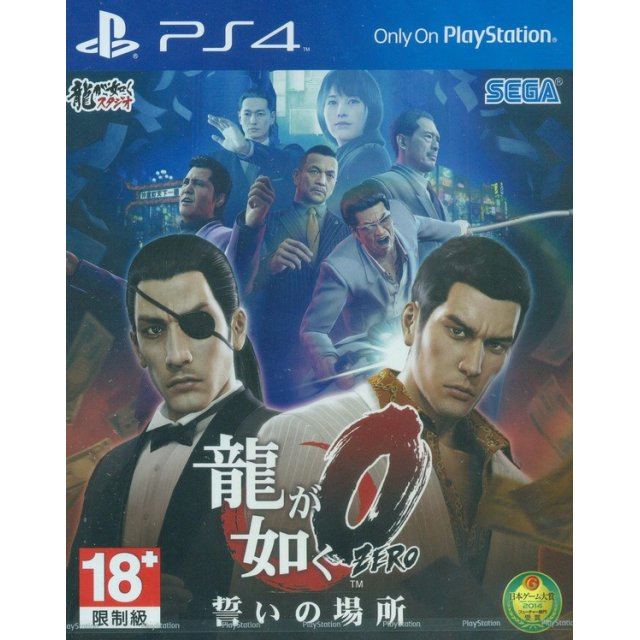 The economic bubble of the mid to late 80's will be playing a central role in both the plot and gameplay of Yakuza 0. Money has always been a key factor in the Yakuza seriesand will hold even more power in Yakuza 0, especially with the setting andincreased focuson business management mechanics(according to the panel at TGS).

Money will also maintain the purchasing power foryour character'sstats and skills upgrades.One of the key money-making mechanics has gone through a big change: money will now start flying out of your opponents asyou beat them up,rather than having to wait until the end of the fight to collect it.

The story will follow20 year-old Kiryu, who will becompeting in Kamurocho’s real-estate market, against the financial power offive billionaires, in an effort to exert influence over the district. As evidenced by gameplay footage,simulation aspects will be centralto the business gameplay - allowing Kiryu to systematically gain control over the area.

At the same time24 year-old Majima will be running a hostess club, a concept that will be familiar to fans of Yakuza 4 as the mechanics will remain very similar. Players will have the ability to customize their club's appearance as well as hire girls off the street. Players will be able to assume the roles of both Kiryu and Majima.

The game also includes over 100 sidequests which are said to play a critical role in your overall playthrough.The questswill provide you with another source of money as well as recruit bodies for your crime empire!

If you are familiar with Ryu ga Gotoku Zero: Chikai no Basho (Japanese), why not let others know?

echigo1989 (9) on 16, Feb. 2018 16:40 (HKT)
One of the best titles in the Yakuza series
Playing this while waiting for Yakuza 6 which is to be released on April, 17 in the Western countries. And this game turned to be the greatest of all PS4 Yakuza games which I played before. If 0 has managed to be so great I can't imagine what Yakuza 6 is...
lorenzo.baudanza (3) on 24, Feb. 2016 12:24 (HKT)
Great Game
A great game for a great price. For every Yakuza fan a must have! Can't wait for the english version.
e_pedraza_g (517) on 23, Feb. 2016 10:47 (HKT)
Really Solid
It really is a game that I wanted to give a 5 star rating, but a couple of things tarnish the experience: 1) Graphics look exactly the same as PS3 prequels.
2) Combat is still a pain in the ass.... The combat engine is not designed to automatically target the closest enemy, so you end up moving like an idiot and punching at air at worst and an enemy you did not intend to hit at best...
serph64 (2) on 05, Jan. 2016 21:54 (HKT)
Enter the world of Yakuza
Been a fan of this series for years really enjoy learning the origins of two of my favorite characters Kiryu and Majima if you love beat em ups and a very meaty story with tons of side quests and minigames u owe it to yourself to play this don't let the language barrier scare you away from enjoying this series
ujnhunter (75) on 24, Jul. 2015 00:56 (HKT)
Yakuza on PS4? Yes Please!
Thank goodness for Region Free gaming! Yakuza on the PS4 is where it's at! Great!
1 »