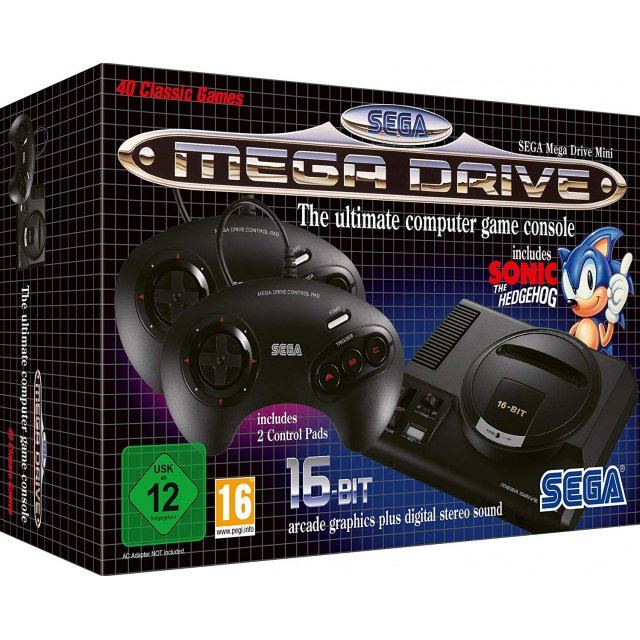 Europe
24h In stock, usually ships within 24hrs.
US$90.99
Limited time offer - Secure yours now before the offer expires!

Manufacturer
Sega
24h In stock, usually ships within 24hrs
Price
US$90.99
Our previous price:
US$ 109.99
You save:
US$ 19.00( 17% )
Play-Asia.com Return & Refund Policy
Trustpilot
Trustpilot
Click on a thumbnail to see more pictures for SEGA Mega Drive Mini

Sega's fifth home video game console was born in 1988. It has a popular series of Sonic, Shining series, Phantasy Star and Puyo. In commemoration of about 30 years from the released of it, the new game machine that SEGA passes that has memories of that time and reproduced it in the palm size. The “SEGA Mega Drive Mini" from action to shooting, puzzles, RPG, and simulation, you can enjoy plenty of nostalgic masterpiece titles in history.

No reviews for SEGA Mega Drive Mini yet.