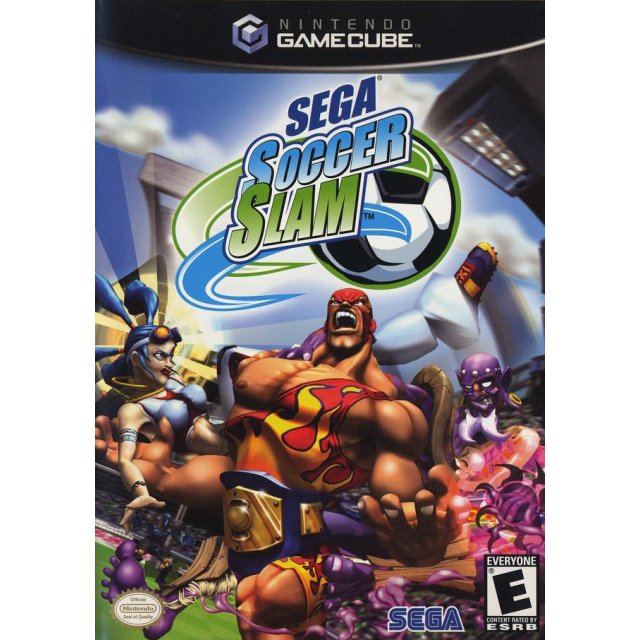 Sega
Compatible with GameCube™ (GC)
For US/Canada systems, use Freeloader for other.

Have you ever taken on a deranged kilt-wearing Scotsman in a wild, no-holds-barred soccer match? In Sega Soccer Slam for Nintendo GameCube™ you'll unleash merciless kicks, tackles, and steals against excitable, colorful characters from all over the world. Each character in this anything-but-ordinary soccer game wields special powers and moves that if executed properly earn the big score. Get to the random spotlight that appears on the field and your character will shoot skyward with the ball and slam it toward the unsuspecting goalie. In Quest Mode, you can unlock secret stadiums and uncover hidden items to improve your already stellar performance. Watch the intensity rise as you utilize your new power moves in other game modes. If you're a little rusty on the field, the Practice Mode will get you going again. When you're confident in your smash mouth hits and soccer tackles, throw in some bad weather and gather up a bunch of friends for a rowdy round-robin tournament.

If you are familiar with Sega Soccer Slam, why not let others know?