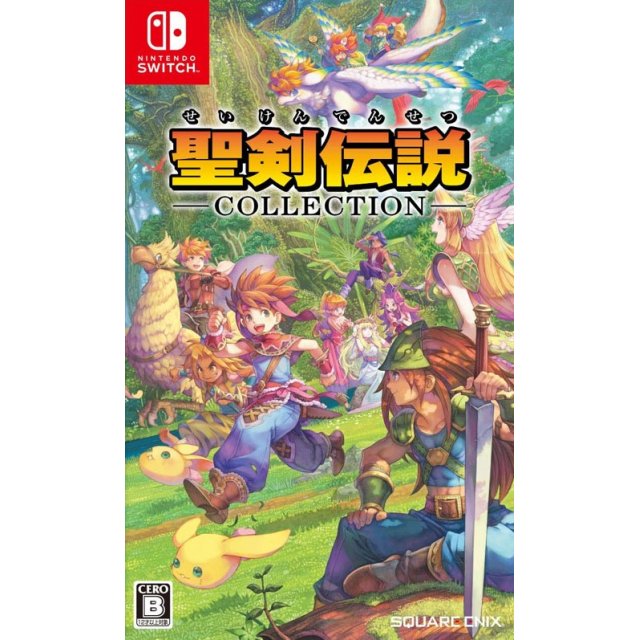 No title
Please note: all the games in this collection are in Japanese and cannot be changed to English. This is such a shame as it could have been the first time officially that Seiken Densetsu 3 (Secret of Mana 2) would have been released in English.

Playing Secret of Mana reminds me of shining memories from the SNES ...[read more...]

If you are familiar with Seiken Densetsu Collection, why not let others know?

ensprungen (1) on 21, Jun. 2018 04:27 (HKT)
A Pocketful of Mana (Nostalgia)
Always enjoyed and pretty much grew up with the Seiken Densetsu series. So being able to take essentially the once carted and consoled roots of this greately artistic and even interesting to play action RPG games on a current generation travel able system, I find quite a good value proposition.
forrest (1) on 24, May. 2018 09:36 (HKT)
Great little package
These are more or less straight ports of the original games - not like the completely remade version of Secret of Mana (Seiken Densetsu 2) that was released earlier this year, and so far 100% less crashy as well. So far SD3 has received most of my attention. Looks great when the Switch is undocked and I'm on my morning commute.

I am extremely please with the product. The game came brand new in pristine condition.

When I was younger Secret of Mana on SNES was my favorite game, but was really expensive and the SNES cartridge was hard to find. Still, it was my favorite game and I always wished that I owned it so I could play whenever I want. Finally owning this game as the Switch physical cartridge is very very satisfying to me. Haha, so I might be a bit biased; but this game is amazing.

One of the greatest RPG of all time, according to many people. It is only in Japanese, and I don't read japanese yet - maybe one day - but because I've played it when I was young, I can follow the story (at least for Seiken Densetsu 2, which is the only one I've tried yet) but I think the game is so well built, that even not knowing anything about the story I could follow the story a bit because of the character's sprite and mostly the music playing which follows the flow of event.

I highly recommend Seiken Densetsu Collection and I personally am really joyful that I own it.

*Shipping was faster than expected, I live in Canada so Canada Post doesn't track incoming international package anymore - but I contacted them by phone and they gave me an estimate; then the package arrived way sooner. Suprise!
shinkansenkeenan (5) on 02, Aug. 2017 00:26 (HKT)
Amazing series of games!
I love all three of these games and this is an amazing presentation of all three. As far as I can tell they are almost 100% true to the original (with some visual update because it isn't designed for CRT TV's). The D-pad on the Pro-Controller seems off so I recommend using the joy con grip when playing.
1 »