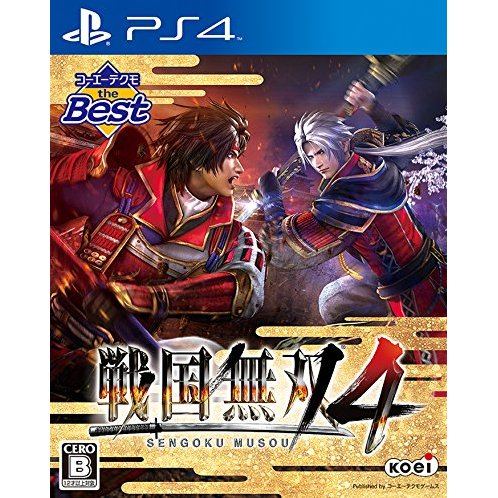 If you are familiar with Sengoku Musou 4 (Koei Tecmo the Best), why not let others know?

[This review is based on another version of this product]
The Wrath Buddha (21) on 07, Mar. 2015 17:59 (HKT)
its back and better than ever
When i first played it i was impressed with the visuals and how smooth the controls felt. A huge step up that it even got localized at a faster paced. If your new to the series fear not, its always reintroducing its story like DW and you can jump right in
But knowing objectives is a task if not familiar with japanese language
[This review is based on another version of this product]
ichbinmarcoh (22) on 10, Jun. 2014 23:05 (HKT)
The best samurai warriors !
Fans of games like samurai warriors (Sengoku Musou)
and Warriors Oroichi (Musou Oroichi) also will love this game. I'll come the game without japanese knowledge further. It´s easy !!
[This review is based on another version of this product]
Jimang (2) on 03, May. 2014 14:40 (HKT)
3 Steps Forward, 1 Step Back
Samurai Warriors 4 is a must for anyone who loves the Warriors series. As most of the reviewers here have said, this game is very fun and combines traditional Story Modes with a Wanderer Mode which is closer in execution to Samurai Warriors Chronicles. Wanderer mode is probably where you'll be spending the bulk of your time, and it's a wonderful experience. The graphics and gameplay are excellent, but what really stands out to me is how much the music has improved. Samurai Warriors has always had a good soundtrack, but Omega Force has really outdone themselves on this one. The one negative I can chalk up to it in comparison with previous iterations in the series is the Story Mode. In previous Samurai Warriors games, each character would have their own storyline. This time around they've gone for a method similar to recent Dynasty Warriors titles and grouped stories into groups such as Oda Forces or Shikoku Forces. While I can understand the need for this with 55 characters, I feel that it makes it harder to relate to the characters.
[This review is based on another version of this product]
deviljustin16 (5) on 25, Apr. 2014 06:22 (HKT)
Best Samurai warriors game since the second one
I love this game and this site i love it as much the accuracy that this game arrived to me was awesome i could play for a whole weekend.
[This review is based on another version of this product]
zzwucty (1) on 16, Apr. 2014 04:46 (HKT)
No title
Epic game with epic service! Totally worth getting!
1 »