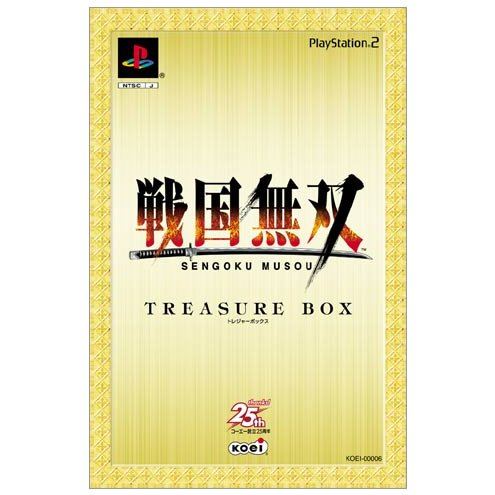 sold Out of print / Out of stock.
Manufacturer
Koei Tecmo Games
Compatible With PlayStation 2™ (PS2™)
Version

The story takes place in the medieval Sengoku time in Japan. The game features Japanese style actions, combat in castles filled with gimmicks, traps and pitfalls; the layout of most castles are generated randomly, there are certain castles with fixed layout and special events.

If you are familiar with Sengoku Musou [Treasure Box Edition], why not let others know?

Legal Step (8) on 25, Feb. 2004 04:33 (HKT)
A Great Addition to the Pantheon of Koei Games
Not many companies can make essentially the same game for the past few years and suddenly switch it to Japan, change a few combos and suddenly make it seem fresh and new.

Koei successfully managed that with Sengoku Musou. This game has all the action and style of Dynasty Warriors but somehow makes it faster and more exciting. I haven\'t gone back to playing Dynasty Warriors to compare the two, mainly the reason being that this game is so much fun.