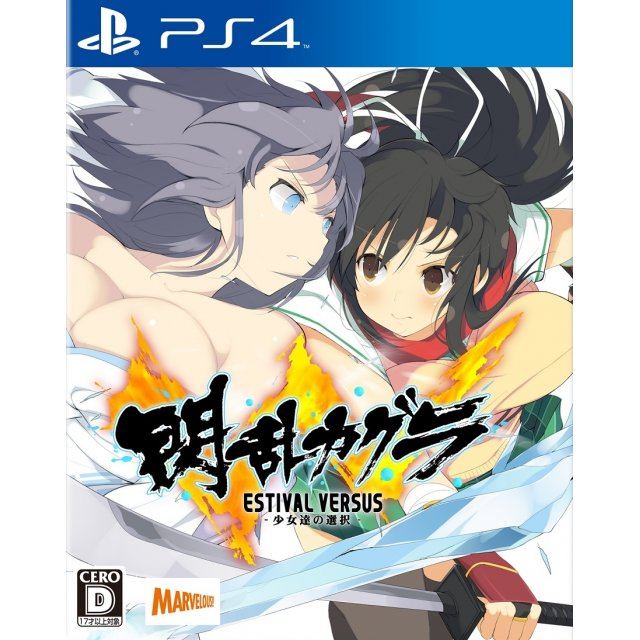 Marvelous
Rated
By Our Customers
Compatible with PlayStation 4™ (PS4™)

sold Out of print / Out of stock.
Manufacturer
Marvelous
Rated By Our Customers
Compatible With PlayStation 4™ (PS4™)
Version


Click on a thumbnail to see more pictures for Senran Kagura Estival Versus: Shoujotachi no Sentaku

It is time to hit the beach in high definition, Senran Kagura style!

Estival Versus follows Asuka and the rest of the lovely ladies as they take on new challenges and investigate the strange events taking place on the beautiful island they've decided to relax and wait for you on!

The title's story revolves around the twin sisters Ryona and Ryobi, as well as Ryoki - the third and oldest sister who was thought to be dead. It is claimed that the Kagura Thousand-Year Festival is the source of Ryoki's return.

Speaking of interesting characters showing up, Asuka's grandmother, Sayuri, will be making her appearance in Estival Versus as a playable character! If you are familiar with the clothes-ripping mechanics of Senran Kagura you'll know this could make for some hilarious and entertaining gameplay!

Promotional images have shown both an elderly version Sayuri as well as a much younger representation - leading fans to believe there will be some sort of transformation mechanic in place for her, or even the possibility of two different characters.

The gameplay in Estival Versus is comparable to that of a 'Burst' title, and not dissimilar from the 'Musou' genre. The basic principle is that players fight in a locked off 3D environment against a large amount of enemies, progressing forward once defeating them all. Something very similar to the 'Pair Battle System' which was welcomed by fans in Shinovi Versus will be making an appearance in the Estival Versus.

If you are familiar with Senran Kagura Estival Versus: Shoujotachi no Sentaku, why not let others know?