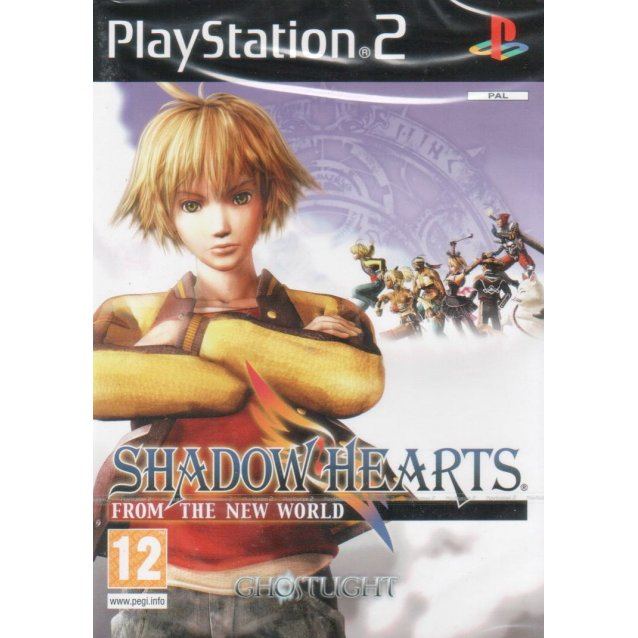 Shadow Hearts: From The New World

Ghostlight
Compatible with PlayStation 2™ (PS2™)
For PAL systems only.

PAL
1-2w Expected stock arrival within 1-2 weeks
Price
US$14.49
Our previous price:
US$ 19.90
You save:
US$ 5.41( 27% )
Play-Asia.com Return & Refund Policy
Trustpilot
Trustpilot
Click on a thumbnail to see more pictures for Shadow Hearts: From The New World

The story begins as Johnny Garland, a young 16 year-old detective who lost his father, sister, and some of his memories in an accident, accepts an investigation to track down a criminal suspect who has jumped bail. As he closes in on the suspect, Johnny witnesses a supernatural occurrence – a huge monster appears from a green light known as a “Window” and swallows up the criminal. Apparently, a series of horrific incidents similar to this have been plaguing cities across the nation. Johnny’s female counterpart is 21 year-old bounty hunter Shania, a Native American who is searching for these mysterious Windows, determined to close them using her spiritual powers. Together, they travel across North and South America and are joined by a colorful cast of characters.

If you are familiar with Shadow Hearts: From The New World, why not let others know?