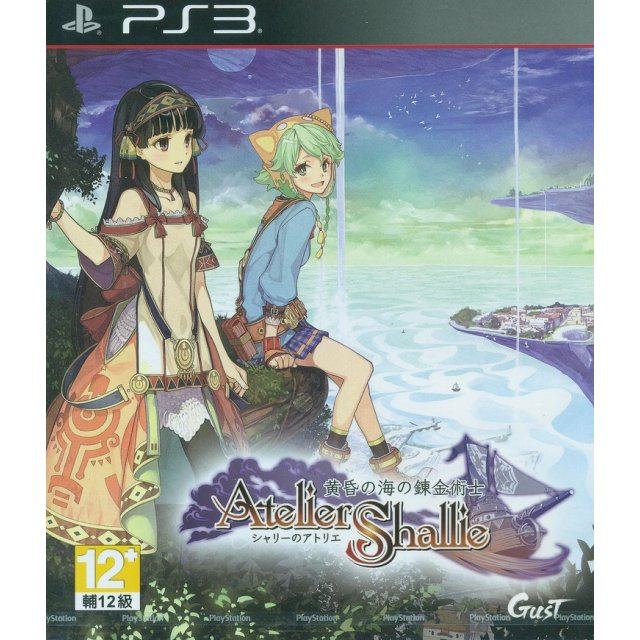 The third installment of the “Dusk” storyline and the 16th title of the Atelier RPG series, Atelier Shallie: Alchemist of the Dusk Sea is posed to be one of the most robust and feature filled titles of this venerable series. Sublime Anime art direction, a haunting soundtrack, a touching story and crafting centric gameplay with an unbelievable amount of choices makes this title one of the best representations of what the Atelier series has to offer.

Taking place 10 years after the Atelier Ayesha: The Alchemist of Dusk and 6 Years after Atelier Escha & Logy: Alchemists of the Dusk Sky, protagonists Shallistera and Shallote are bond by the threads of fate as they are tasked with protecting their home; their oasis town is facing immediate drought, and it is through the power of alchemy in which they place all hope. Despite all the dangers they face in their journey, one thing is for sure: these two women will have their lives changed forever through their growing exchange of friendship in an adventure like no other.

Keeping with the series' theme of choice, players will be able to forge ahead with the option of two playable characters with individual skills, storyline, and adventure. As well, the game's universe has been expanded substantially; fields are much larger, and budding alchemists will have their work cut out for them as the amount of items and raw materials have grown proportionally as well.

A new goal management system known as the “Life Task System” streamlines the abundance of tasks for easy reference; depending on how players approach their game though, certain changes will effect their adventure. To tailor to individual play styles, if players are more battle orientated, game progression is altered to reflect this with more battle related tasks. The fields, monsters, and items will dynamically adjust itself as well! These life tasks are a requirement, and failure to accomplish tasks results in a penalty; what results is a supreme role playing experience. This coupled with the multiple endings that the Alchemist series is famous for awaits those in Atelier Shallie: Alchemist of the Dusk Sea!

Escha & Logy no Atelier: Tasogare no Sora no Renkinjutsushi
US$ 5.99

No reviews for Shallie no Atelier: Koukon no Umi no Renkinjutsu yet.