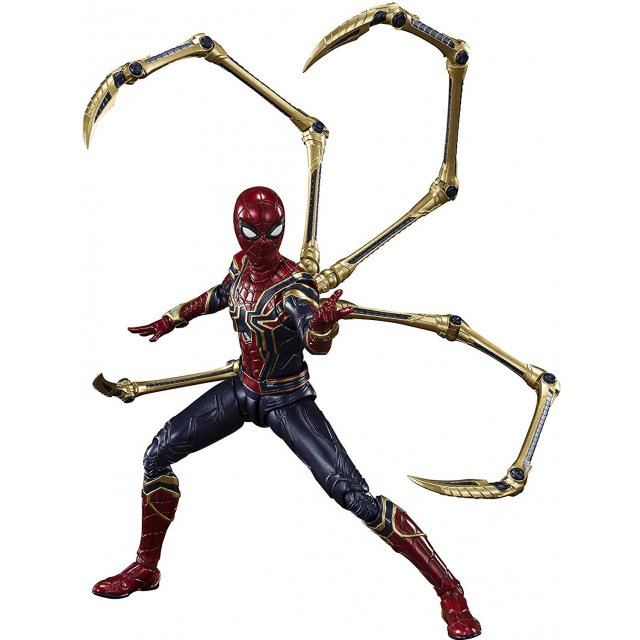 Through the series, a young warrior, Iron Spider, re-appears in SHFiguarts after a complete renewal.

In addition to Peter Parker's face parts, Spider Legs, Nano Gauntlet which is the key to the story in [Avengers / End Game] is also included.

It also comes with Peter Parker's face part and a red-eye part when the "Instant Kill" mode is activated. Reproduce the scene that was protecting the nano gauntlet. Overwhelming posing with a wide range of motion of the spider leg. New concept two-handed wrist and web effects.