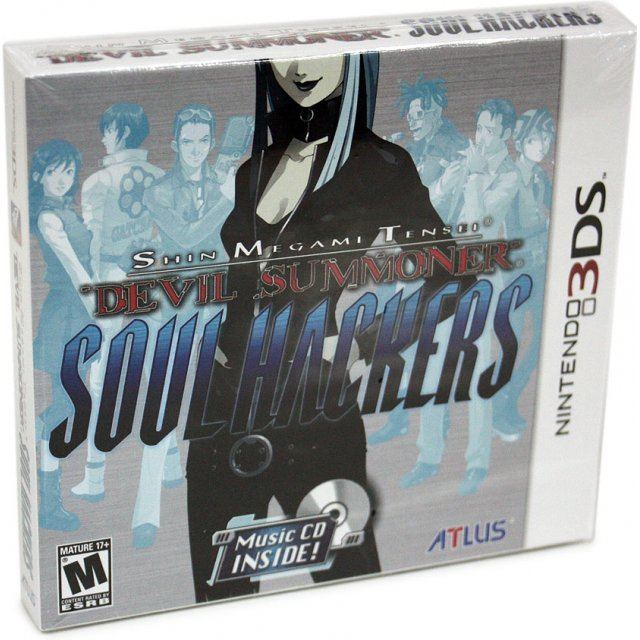 Never before released in North America, this long-awaited entry in the acclaimed Devil Summoner series takes players into a future in which technology and otherworldly forces meet in a macabre fusion of cyberpunk futurism and gothic horror. A first-person sci-fi RPG epic, Soul Hackers tells of a city held up as a beacon of humanity's triumph of technology, but with an infernal secret. In this would-be utopia, a group of hackers takes on a centuries-old mystic society, and a battle for control over humanity’s fate is about to begin...

claudios_i (17) on 07, Sep. 2014 08:24 (HKT)
RPG Clasico
Un remake de un titulo que nunca llego a occidente, con voces adicionales y mejoras graficas. Que mas se puede pedir. Recomendado para todos los fanaticos de esta gran saga.
camucom1 (2) on 20, Aug. 2014 23:25 (HKT)
Godd RPG
Great game but with poor graphics unfortunately. Buy it, you won't be disapointed... at least I'm not.
graazil (5) on 21, Mar. 2014 23:31 (HKT)
So good!
If you're familiar with the old atlus games, you're gonna love this one. It has that nostalgia atmosphere, and it's a very good remake.
Lord Kite (110) on 24, Dec. 2013 13:47 (HKT)
Remake of one of the best chapters of the saga
Soul Hackers is one of the most popular Shin Megami Tensei by combining a mature plot with complex combat system , surely the richest ever known genre or even the franchise itself. Although its not far from the aesthetic that we can consider in its classical tradition , the gameplay of this chapter was regarded in his day as a quantum leap over what was seen in the JRPG at that time. The truth is that as we dive in content , Soul Hackers shows signs of being a JRPG in which care has been taken every one of its aspects , starting to have an argument with their own personality , through the use an atypical mechanical and ending at the level of immersion suggests the atmosphere of the city of Amami . As we shall see , this SMT meets almost all the features you are looking for an experienced player in this genre without being either traumatic facing those who want to start on it.
wuzzi (138) on 07, Oct. 2013 20:41 (HKT)
a great remake
a great remake from a great game, but the age of the game shows in this
1 »