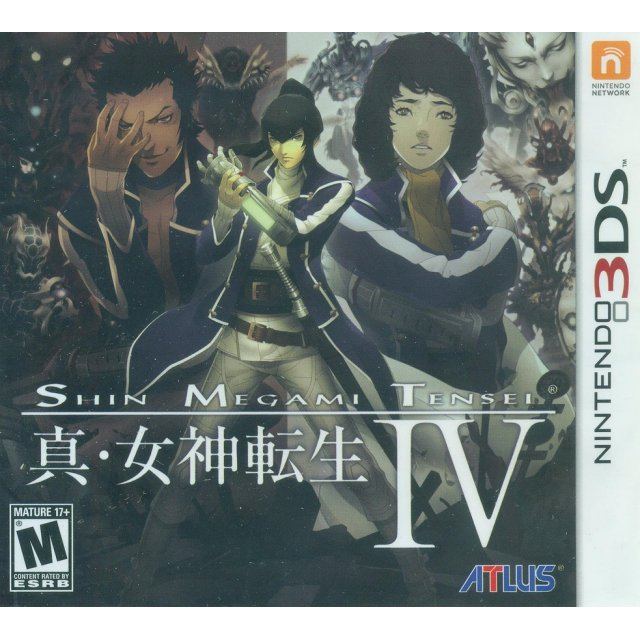 In 1492, the Eastern Kingdom of Mikado is protected by high walls, with the castle and its king at the center. A young warrior, 18 years old, has just been chosen to become a Samurai, one who, with the aid of a special tool called a Gauntlet, will serve as a secret protector of the city. It is the duty of the Samurai to exterminate a demon threat of which its citizens are unaware. However, the situation is not as simple as human versus demon. There are factions within the human group that must be discovered and understood in order for alliances to be formed, paths set, and the destiny of the world decided.

Conception II: Children of the Seven Stars
US$ 17.99

If you are familiar with Shin Megami Tensei IV, why not let others know?

Eldariooon (90) on 20, Mar. 2018 21:34 (HKT)
Atlus' key franchise goes portable.
Shin Megami Tensei IV may have been developed for two little screens, but it's a massive, uncompromising game that feels just as big as any console RPG release. It's as deep and gratifying as you'd expect from Atlus' original key franchise, and now it's fully portable (with a save anywhere function). In fact, the only real problem you're going to have with Shin Megami Tensei IV is keeping your 3DS battery charged up.
shirousagi (62) on 18, Aug. 2017 15:27 (HKT)
A great rpg
With a very good story, a combat system by turn and multiple endings, and everything a rpg fan wants
Manigamer (240) on 28, Mar. 2017 16:37 (HKT)
excellent game in the series
excellent game, too good on the 3DS, now waiting for them to arrive on the ps4
zackmundus (6) on 26, Sep. 2016 13:04 (HKT)
Worth the experience
Demon recruiting system is brilliant.
yoloman (130) on 14, Oct. 2015 09:36 (HKT)
First time i ever play shin megami series.
This is my first time tapping in Shin Megami. I never know it was so good and well it can also fell like it brings me to persona series.but i think it is a great game to behold.worth the collection on my shelve
1 »