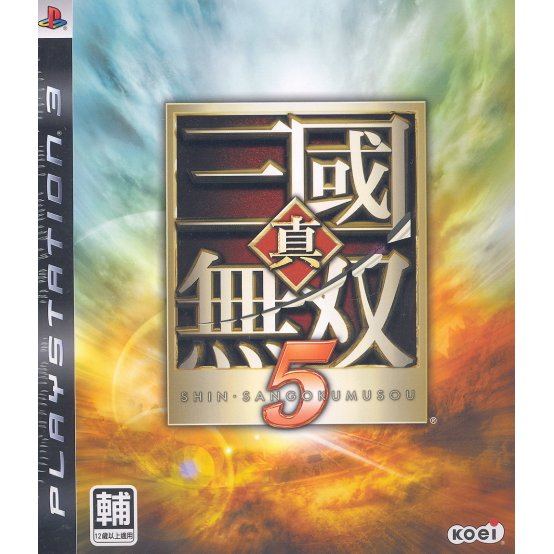 Works on all systems sold worldwide, a correct regional account may be required for online features.
Get informed when this item is in stock by using our Personal Agent from the right.
wait Backordered, ships once restocked
Price
US$64.90
Play-Asia.com Return & Refund Policy
Click on a thumbnail to see more pictures for Shin Sangoku Musou 5

Shin Sangoku Musou 5 (aka. Dynasty Warriors 6) is Koei's latest installment in their popular hack and slash series. Shin Sangoku Musou 5 is said to greatly vary from past games in the series as players are now able to make their character swim, climb, control rowboats, destroy walls, and be able to pull off "unlimited combos" with the use of the new "renbu" system.Dueling from Shin Sangoku Musou 3 is set to return, but this go-around is quite different from the earlier installment. Duels take place on the battlefield and the nearby soldiers will circle around the two fighters, instead of the duel being on a random plain that was not there seconds before. The A.I. has also be enhanced: enemies are now able to adapt to the players actions, i.e. if the player continually attacks enemies from behind, they will adapt to this and attempt to avoid the player's attacks.Wild animals such as wolves and tigers are also in the game, and can attack the character or on some occasions, become allies. Sneak attacks and ambushes have been implemented, as well as the increased importance of strongholds.

If you are familiar with Shin Sangoku Musou 5, why not let others know?