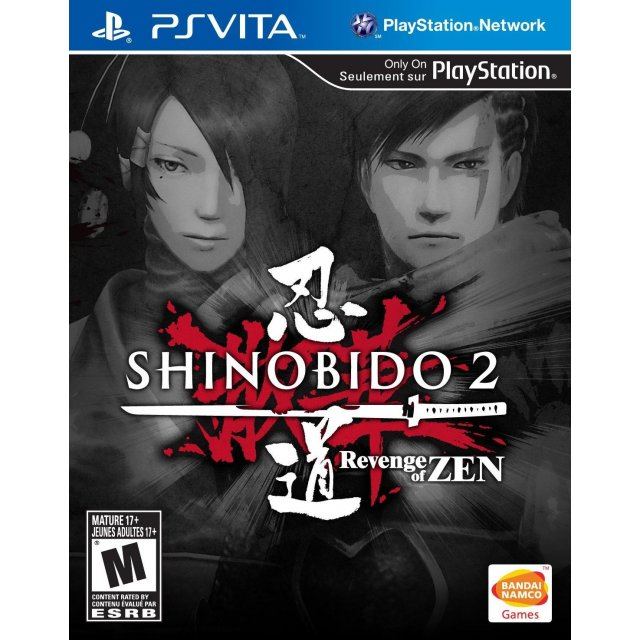 Works on all systems sold worldwide, a correct regional account may be required for online features.
24h In stock, usually ships within 24hrs.
US$40.99
Our previous price:US$ 44.99
You save: US$ 4.00( 9% )
Manufacturer
Bandai Entertainment
Rated By Our Customers
Compatible With PlayStation Vita (PS Vita)
Version

Works on all systems sold worldwide, a correct regional account may be required for online features.
24h In stock, usually ships within 24hrs
Price
US$40.99
Our previous price:
US$ 44.99
You save:
US$ 4.00( 9% )
Play-Asia.com Return & Refund Policy
Trustpilot
Trustpilot
Click on a thumbnail to see more pictures for Shinobido 2: Revenge of Zen

Shinobido 2: Revenge of Zen finds the region of Utakata in the grip of a vicious civil war. Players will step into the shoes of Zen, betrayed by his companions and left homeless. Saved by the Asuka Ninja clan, Zen chooses to live the life of a ninja and sets out to find those who wronged him, stopping at nothing to unleash the full impact of his silent and deadly revenge. Zen will use his honed ninja craft to take down enemies with Assassination a unique skill that lets players silently dispose the opposition with satisfying kills. Using the unique touch screen and panel, players will be able to mimic ninja actions such as throwing shurikens and targeting grapple points.

If you are familiar with Shinobido 2: Revenge of Zen, why not let others know?